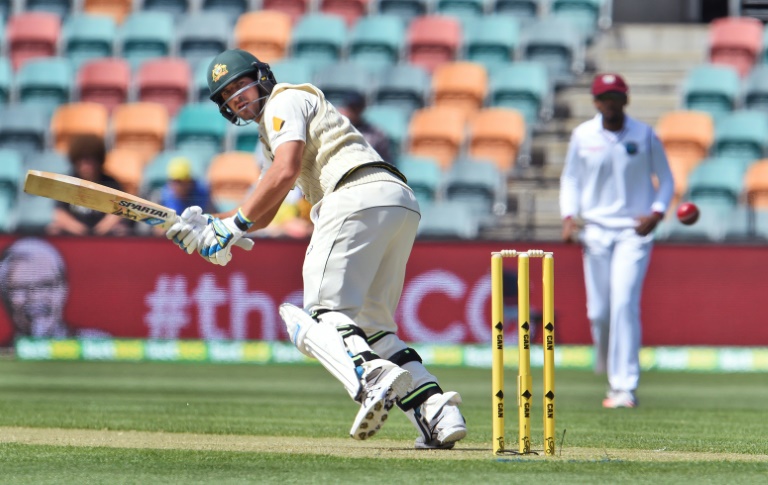 Australia opening batsman Joe Burns said Tuesday he is unsure where he sits in the Test selection showdown against Shaun Marsh following the likely recall of Usman Khawaja to the side.

Khawaja showed no ill-effects of a hamstring injury which sidelined him from Australia’s previous two Tests when he hammered 109 off 70 balls for Big Bash League Twenty20 franchise Sydney Thunder on Sunday.

Khawaja is set to be recalled by Australia for Saturday’s second Test against the West Indies, leaving Burns and Marsh battling for the remaining batting spot.

Burns said he had yet to told by chairman of selectors Rod Marsh what the team’s plans were for the Boxing Day showpiece at the Melbourne Cricket Ground.

“No contact, everyone’s been busy with the Big Bash and their different franchises,” Burns told reporters.

“It’s not until you all get together that you catch up again.

“I’m just focused on getting to each day, training as hard as I can with a view to making sure I’m ready to play.”

Australia will train on Wednesday, when the selectors are likely to discuss their batting options.

“It’s going to be a tough call,” Burns said.

“All the players will understand selection is part of the game… it’s not the end of the world.”

Burns has played in all four Tests this season, opening the batting alongside David Warner following the retirement of Chris Rogers after this year’s Ashes series in England.

“Because as a opening batter the hardest thing to do is probably getting a start.

“The satisfying thing is I am getting a start… but the frustrating part is that with those starts you should be making 50s at least and 100s ideally.”

Marsh scored 182 as Australia crushed the West Indies in Hobart, while his 49 helped steer the hosts home in the inaugural day-night Test against New Zealand in Adelaide.

Khawaja had been in great touch before his injury, scoring 174 and 121 in the first two Tests against New Zealand last month.