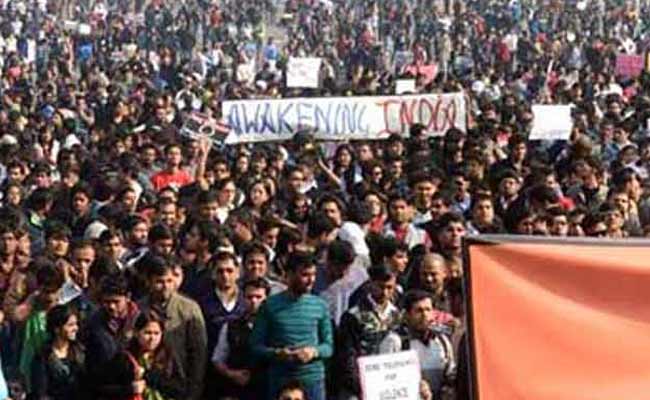 This is what the shocked the mother of Nirbhaya said after the SC dismissed the plea of DCW against the release of Juvenile rapist.

Juvenile was just 1, 4 others case is lying in Supreme Court.I appeal to bring that to conclusion: Nirbhaya's mother pic.twitter.com/1qt1aXpyRN

Disappointed with Supreme Court’s decision to reject the petition filed by the Delhi Commission for Women (DCW) against the release of the juvenile offender in the December 16 gang-rape case, Nirbhaya’s parents on Monday said that the women of this country will never get justice.

Delhi Commission for Women ( DCW) chief Swati Maliwal on Monday described the Supreme Court’s dismissal of her plea to keep the juvenile offender involved in the December 16, 2012 gangrape case in continued detention as a black day for the country. She also squarely blamed members of the Rajya Sabha for delaying the passing of the pending Juvenile Justice Bill, which would have ensured what she and other women wanted.

“It is a black day for the country today. I think the Rajya Sabha is completely responsible for the release of the juvenile convict. Because of them, the Juvenile Justice Bill is still pending. The judge said today that he can express concern, but can’t do anything about it, since there is no such provision in the act,” Maliwal told media here.

A vacation bench of the Supreme Court heard a petition filed by the Delhi Commission for Women (DCW) against the release of the juvenile offender.

Meanwhile, parents of the victim protested in the national capital yesterday against the juvenile convict’s release. Hundreds of sympathisers joined them at Rajpath near India Gate to show solidarity. The victim’s mother said she wanted justice for her daughter and said steps should have been taken long before to not set him free.

Six persons, including the juvenile, had assaulted and raped Nirbhaya in a moving bus in south Delhi on December 16, 2012.

The victim succumbed to her injuries in a Singapore hospital. Four of the accused were awarded death penalty by the trial court which was later confirmed by the Delhi High Court. Their appeals are pending before the Supreme Court. Another accused, Ram Singh, had allegedly committed suicide in Tihar Jail in 2013.

Police say we are for your protection. How? By dragging us when we were peacefully protesting?-Nirbhaya's father pic.twitter.com/TJh1Hf6wyY