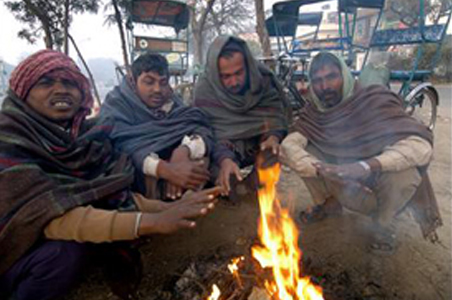 The lowest temperature at Mount Abu was recorded at minus one degree Celsius last night, six notches below normal, a MeT official said.

Mercury plummeted by one to four degrees Celsius at many places in the state with north-westerly winds adding to the chill in the state, the official said.

While on plains Sikar experienced the coldest night of the season with a minimum of 3 degrees Celsius, Churu recorded minimum of 3.4 degrees, followed by Srigangangar 3.6, Udaipur 4.4, Pilani and Bikaner 6.8, and Jaipur 7 degrees Celsius.

Fresh western disturbance is likely to hit Rajasthan by tomorrow which may push mercury up giving little respite from cold wave conditions, a MeT forecast said.