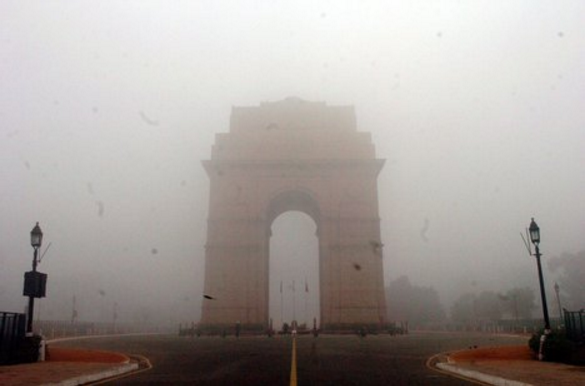 New Delhi: Cold breeze has gripped the national capital as the minimum temperature settling at 6.4 degrees Celsius, two notches below the season’s average.

The maximum temperature was recorded at 21.1 degrees, a notch below the normal, said a MeT department official.

The humidity oscillated between 97 and 49%.

Moderate foggy conditions were witnessed in the city during the morning time thereby significantly reducing the visibility to 300 meters at 8.30 AM. However, as the day progressed, the visibility improved.

The MeT office has predicted clear skies for Saturday.

“The skies will be mainly clear. Shallow to moderate fog would occur at many places in the morning. The maximum and minimum temperatures are likely to hover at 21 and 5 degrees Celsius,” the weatherman said.

On Thursday, the minimum temperature settled at 5.4 degrees Celsius while the maximum was recorded at 21.2 degrees.