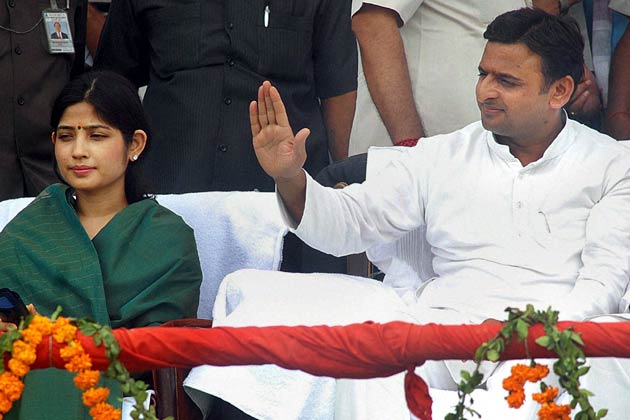 Lucknow: In what could be a security lapse, the state assemble security officials were on toes for at least 30 mins as Uttar Pradesh Chief Minister Akhilesh Yadav and his wife Dimple got stuck in an elevator at the for nearly half an hour on Friday.

Officials in the assembly complex said the incident took place because of a technical snag and added that facts would come out only after a thorough investigation.

As the couple could not come out even after 20-25 minutes of struggle, gas masks were called for and an ambulance was kept ready as a crowd of Vidhan Bhawan employees and officials gathered outside the elevator

However, after nearly half an hour of being locked in, they managed to come out of the elevator, usually reserved for the Chief Minister or the Speaker.

Yadav and his wife had gone to the state assembly building to participate in an event when the incident occurred.

He later tweeted, “Got stuck in lift in Vidhan Sabha for a while. Safe and sound now by God’s grace and good wishes of well-wishers.”

“Action will be taken against those in charge of maintenance of the lift,” said another tweet from the Chief Minister’s Office.