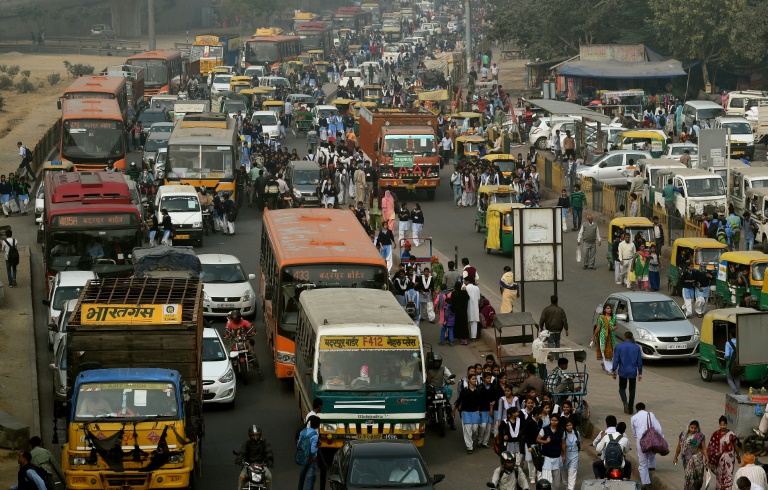 India’s top court Wednesday imposed a temporary ban on new diesel-guzzling SUVs and other luxury cars in New Delhi in an attempt to clean up the world’s most polluted capital.

The Supreme Court also barred diesel trucks older than 10 years from entering the city, one of a string of orders handed down to tackle smog-shrouded Delhi.

Chief Justice T.S. Thakur ordered the ban on registration of new diesel vehicles with engines over 2000cc, typical of SUVs, jeeps and large cars made by BMW, Toyota and others.

The courts are pushing authorities to act over Delhi’s toxic air, ranked as the worst in the world in a World Health Organization survey last year of more than 1,600 cities.

The ban on new diesel car registration would last until March 31, according to local media reports.

Leading environmentalist Sunita Narain, who was in the court, said judges also ordered city-based taxis to move from diesel to CNG (compressed natural gas) by the end of March and banned the burning of garbage.

“There cannot be anything more fundamental than the right to clean air and what the court has recognised today… (is) this is a public health emergency,” Narain told reporters.

“There is now a ban on the registration of diesel vehicles above 2000cc across NCR (Delhi),” she said.

Successive Delhi governments have faced scathing criticism for failing to come up with a strategy to tackle the smog.

Facing flak over the crisis, the city government earlier this month said private vehicles would only be allowed on the roads on alternate days for a trial period in January.

Delhi’s air routinely worsens in the winter as the poor start lighting fires to stay warm and as cooler air and clouds trap pollutants.

But unlike Beijing, which also suffers from hazardous haze levels, the city does not issue public health warnings.

More than 23 percent of the cars on Delhi roads run on diesel, which produces much more carcinogenic nitrogen oxide than petrol cars.