Home Face Off The Oracle 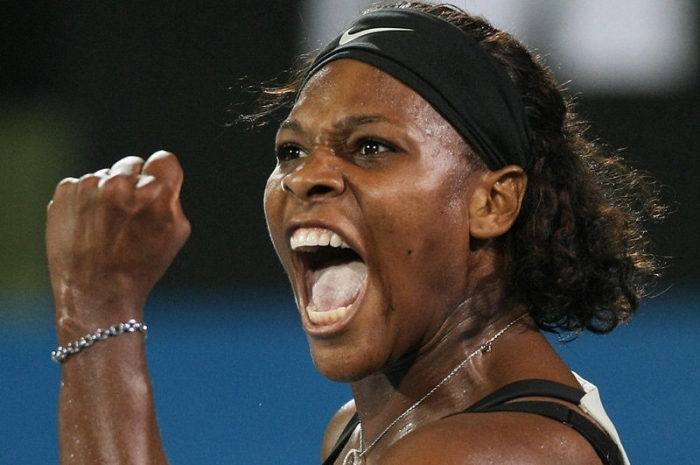 Serena Williams marked another milestone on Wednesday, punching her semi-final ticket at the Miami Masters with her 700th career match win, a 7-6 (7/4), 1-6, 6-3 triumph over Sabine Lisicki.

World number one Williams became the eighth player to win 700 WTA matches. Martina Navratilova owns the most match wins, with 1,442.

Her fierce serve, forceful ground-strokes and mental toughness have made her the only winner of the Career Golden Slam in singles and doubles.

She is one of TIME’s 100 Most Influential People in the World 2014. A Jehovah’s Witness and pop culture icon, she runs a line of designer apparel called Aneres â€“ her name spelt backwards.

Serena Jameka Williams was born on September 26, 1981 in Michigan, US.Â She started playing tennis at the age of four and was coached by her father.Â Williams had a 46â€“3 record on the US Tennis Association junior tour and was ranked No. 1 among under-10 players in Florida.

Williams’s first professional event was in September 1995, at the age of 14. Her breakthrough came at the Ameritech Cup Chicago in 1997. She upset world No. 7 and world No. 4, recording her first career wins over top 10 players and becoming the lowest-ranked player in the open era to defeat two top 10 opponents in one tournament Ranked world No. 304, she finished the year ranked world no. 99.

In 1999, she beat out her sister in their race to the family’s first Grand Slam win, when she captured the U.S. Open title. In 2002, she won the French Open, the U.S. Open, and Wimbledon, defeating Venus in the finals of each tournament. Williams earned the world no. 1 ranking, dethroning her sister and becoming only the third African-American woman to hold that ranking. She captured her first Australian Open in 2003, making her one of only five women players to have complete grand slam sets. The win also fulfilled her desire to finish off what she’d dubbed “The Serena Slam.”

In 2003, her sister Yetunde Price was murdered. Three years later, Serena seemed burned out. Bitten by injuries, and just a general lack of motivation to stay fit or compete at the same level she once had, Serena saw her tennis ranking slump to 139.

Williams began 2007 with renewed confidence, stating her intention to return to the top of the rankings. She won the Australian Open and dedicated the title to her deceased sister. At Wimbledon 2008, Williams reached the finals for the first time in four years but lost out to her sister.Â At the Olympics in Beijing, Serena and her sister won the gold medal in doubles.

With her third US open title in 2008, she returned her to the world no. 1 ranking for the first time since 2003. In 2010, she won the Australian Open singles and doubles matches, as well as her fourth Wimbledon singles championship.

In 2011, Williams suffered a series of health scares, after doctors found a blood clot in one of her lungs, which kept her away from tennis for several months. She made a return in March and ended the year ranked world no. 12 with 2 titles.

Only player, male or female, to ever accomplish a Career Golden Slam in singles and doubles