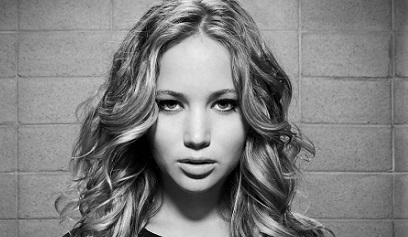 Rolling Stone called her “the most talented young actress in America”. AskMen’s described her as one of the “Most Desirable Women”. ELLE Magazine named her “the most powerful woman in the entertainment business”. TIME conferred her the honour of “one of the 100 most influential people”. FHM listed her among the “Sexiest Women in the World”.

She is adorably, dazzlingly, stunningly beautiful, deserving all the epithets and encomiums. The famed Laurence Olivier is convinced she is the most “exquisite and brilliant actor”. Director David O. Russell has praised “her effortless acting that make her performances look easy”.

As if in reply, she remarked, “I’ve always studied people and been fascinated by their reactions and feelings. And I think that’s the best acting class you can take – watching real people, listening to them and studying them.

Jennifer Shrader Lawrence was born on August 15, 1990 in Kentucky. Growing up as a tomboy, she was involved in cheer-leading, field hockey, softball, and modeling. She acted in church plays and, by the age of 14, had decided to pursue an acting career, persuading her parents to take her to New York City to find a talent agent.

Her career started with small gigs in an Abercrombie & Fitch ad and a Burger King commercial. Lawrence starred in “The Burning Plain” (2008). Her performance in the film earned her the Marcello Mastroianni Award for best young emerging actor/actress during the Venice Film Festival in 2008.

She was part of the main cast of the TBS comedy “The Bill Engvall Show” (2007) which was canceled in 2009 after having aired three seasons.

Lawrence went on to appear as the lead, frequently cited as a “breakout performance” for her, in Winter’s Bone (2010), which earned her nominations for an Academy Award, a Golden Globe and a Screen Actors Guild Award.

Opportunities continued to pour in, and in 2011 Lawrence appeared in “The Beaver” with Mel Gibson, Jodie Foster and Anton Yelchin, and played Mystique in “X-Men: First Class”.

She scored the role of a life time when she was given a role in the big-screen adaptation of literary sensation The Hunger Games (2012). The film broke box-office records on opening weekend, and Lawrence was asked to reprise her role forThe Hunger Games: Catching Fire in 2013.

In 2012, she also acted in “The Falling” and “Silver Linings Playbook” which garnered several award nominations, including a Golden Globe nomination (best actress in a comedy or musical) for Lawrence.
Awards

At 24, she has received many accolades throughout her career including an Academy Award, a BAFTA Award, two Golden Globe Awards, two Screen Actors Guild Awards and four Critics’ Choice Movie Awards, among several others.