After pitching the odd even formula to curb Delhi’s pollution, the Delhi government is now seem to be in a proactive mode to reduce the traffic snarls in the capital. For the smooth movement of traffic, a list of 55 road stretches and areas in the city which are prone to traffic jams have been prepared by the Delhi Traffic Police.

The list was attached with a written answer submitted by Minister of State for Home Affairs Haribhai Parathibhai Chaudhary at the Lok Sabha.

The highest of them, with as many as 14 stretches and areas each, are reported to be in north and central Delhi.

With regard to congestion, north and central districts of Delhi were closely trailed by the southern range, with as many as 11 congestion-prone stretches figured out under its jurisdiction.

“The difficulties being faced by Delhiites, particularly school-goers, due to heavy traffic jams in the city are in the knowledge of Delhi Police.

“Delhi Police are constantly engaged in regulation, enforcement and education to road users in the national capital with an objective to provide safe and smooth flow of traffic on Delhi roads,” said the Union minister. 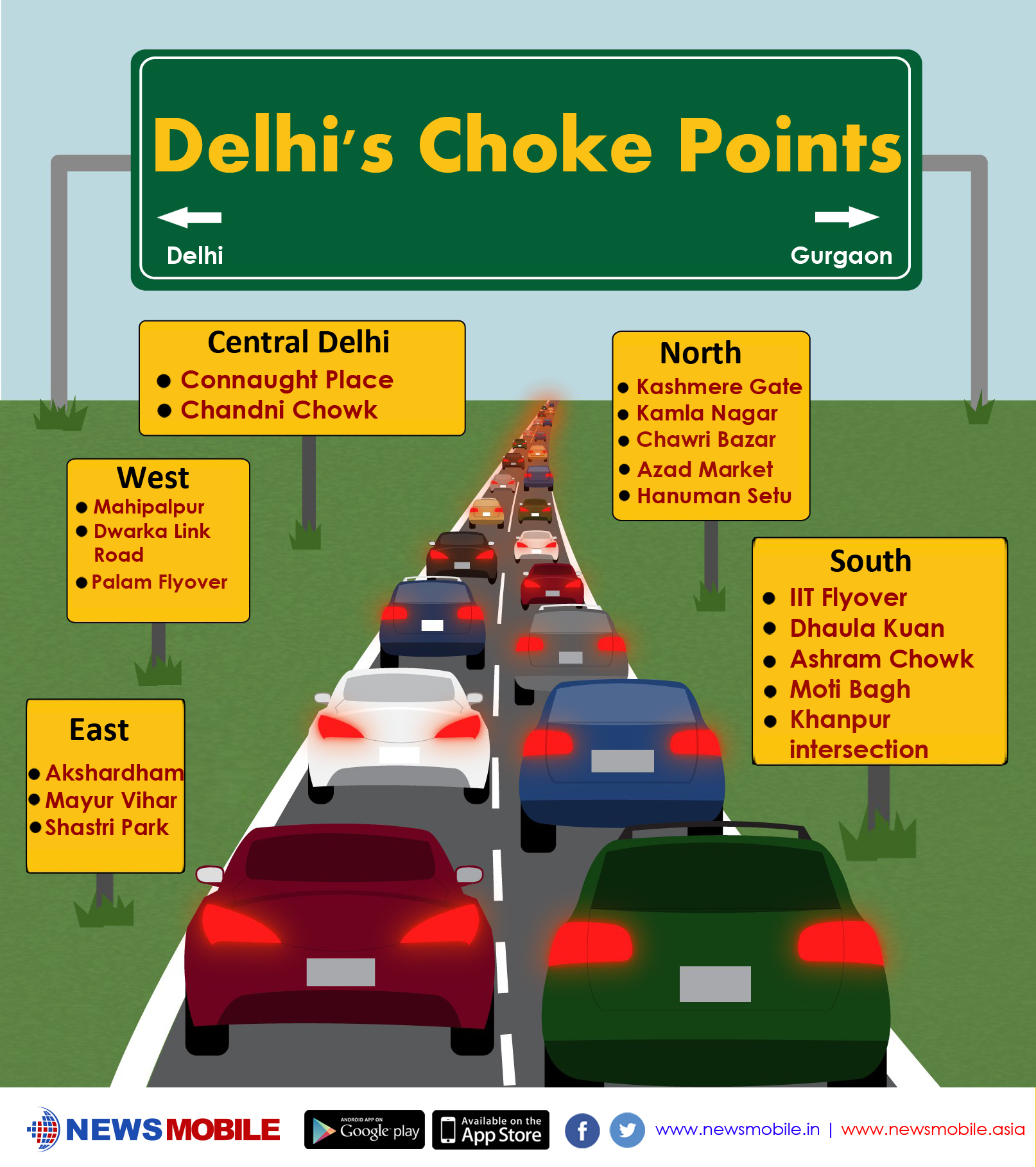 In Eastern Range of Delhi Traffic Police, some of the congestion-prone roads are near the ISBT, Akshardham, Mayur Vihar metro station and Shastri Park chowk.

Questioned particularly about traffic congestion in the Sarita Vihar and Kalindi Kunj stretch, the Union minister said, “heavy volume of traffic, ongoing DMRC construction works near Jasola, narrow Yamuna bridge at Kalindi Kunj, increase of traffic after opening of Sarita Vihar underpass are some of the reasons behind traffic problems in the said stretch.”

“In order to streamline traffic in the area, adequate number of traffic police personnel are deployed to regulate traffic. In addition, motorcycle patrol staff is also deployed for mobile patrolling on this stretch to remove any bottlenecks and prosecute drivers found violating traffic rules and regulations,” the Lok Sabha was told.

In order to streamline the traffic from Okhla Beraj to Sarita Vihar, Gautam Budh Nagar police has also deployed traffic personnel and mobile vans, the mini, the minister added.