Modi govt to push for passage of GST this week | Newsmobile
Thursday, October 6, 2022 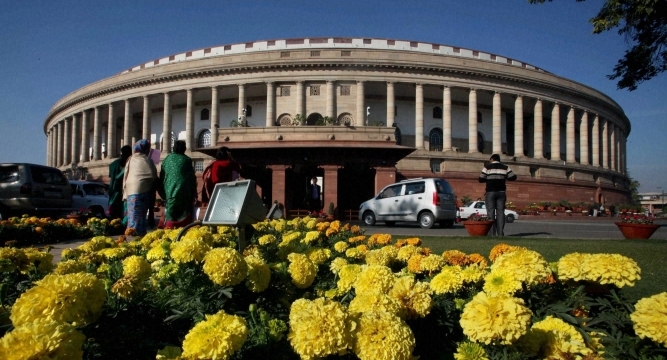 New Delhi: With the government resolving to give a decisive push to the GST bill in Parliament this week, the winter session could witness a battle of wits in the Rajya Sabha from Monday, with both sides keen to have their say in passage of the key reform measure.

While the first two days of the current session passed off without any disruption starting with a discussion on the Constitution and its architect B R Ambedkar, the ruling and opposition benches repeatedly clashed over issues like Union Minister V K Singh’s controversial dog remark in the wake of the killing of two Dalit children in Haryana in an arson attack.

The legislative business transacted so far during the session has been limited to passage of merely two bills — Carriage by Air (Amendment) Bill, 2015 and The Bureau of Indian Standards Bill, 2015 in the Lok Sabha.

Keen to carry forward economic reforms, the government has a heavy legislative agenda for both Houses from Monday which includes four more bills in the Lok Sabha, in addition to the two already listed, and seven in the Rajya Sabha where three bills are listed.

According to Minister of State for Parliamentary Affairs Mukhtar Abbas Naqvi, GST Bill and the Real Estate Bill are on the list of Government Business in the Rajya Sabha during the week commencing Monday.

On the GST bill, the cat and mouse game between the government and the opposition mainly Congress, however, continues.

The Business Advisory Committee of Rajya Sabha has allotted four hours for the consideration and passage of the GST Bill.

Senior Congress leader and former Commerce minister Kamal Nath has said the government’s reluctance to accept an 18 per cent cap on the Goods and Services Tax, as demanded by the main opposition party, is a “sticking point” in resolving the impasse.