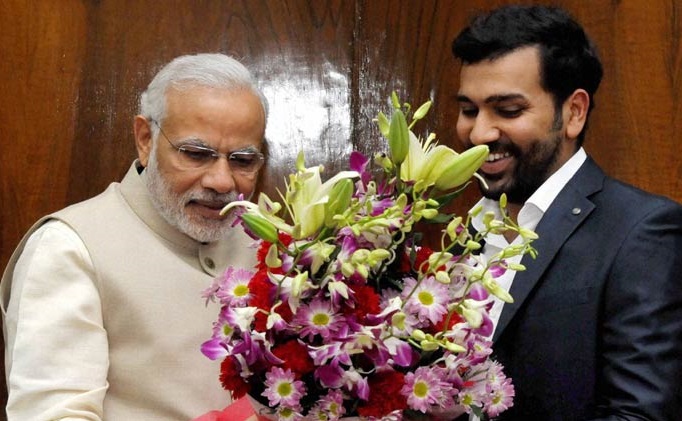 New Delhi: India cricketer Rohit Sharma met Prime Minister Narendra Modi at the Parliament House to invite him for his marriage on December 13.

Rohit is getting married to longtime girlfriend Ritika Sajdeh in Mumbai on December 13.

In the city to play a Test match against South Africa, Rohit dropped in at the Parliament House on Tuesday, clad black suit as he handed a bouquet of flowers and the invitation card to the Prime Minister.