Home Face Off Back to Ottoman Empire 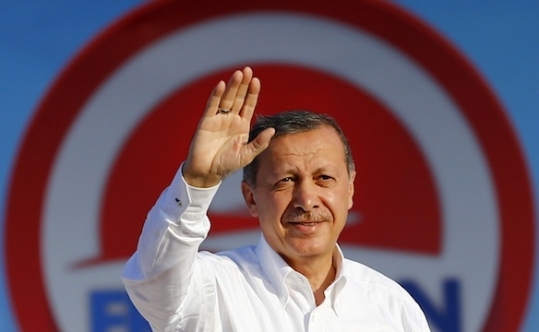 Charismatic, determined, and goal-driven, Turkey’s Recep Erdogan is hopeful of merging of Islam and modernity.

After the collapse of the Ottoman Empire at the end of World War I, Mustafa Kemal Ataturk tried to Europeanise the country “ with secularisation and industrialisation as the guiding principle.

In stark contrast, Erdogan is trying to set up an Islamic democracy and an economic power house. He is in fact bent on reviving the Ottoman Empire in the modern sense.

Erdogan is an extremely competent person, who made his mark as the Mayor of Istanbul, the city with chronic problems. He solved the problem of water shortage by laying of hundreds of kilometers of new pipelines; he solved the garbage problem by establishing of state-of-the-art recycling facilities; he solved air pollution by switching over to natural gas; he solved the city’s traffic problem by building more than 50 bridges, viaducts and highways. Erdogan ensured that municipal funds were used prudently, at the same time taking severe precautions to prevent corruption. Erdogan paid back a major portion of Istanbul Metropolitan Municipality’s debt, which was two billion dollars when he took office, and invested four billion dollars in the city. Soon Erdogan became a model for other municipalities, earning a high level of public trust.

The three-time Prime Minister, Erdogan decided to run for the presidency because there is no way he could run for the prime ministership a fourth time. His close ties with Syria, Iran and Iraq will help Turkey emerge as a leader of the Arab world. His critics say with corruption charges levelled against him, it is imperative that he should hang around, otherwise the table would be turned against him.

Recep Tayyip Erdogan was born in Kasmpasa, a poor neighbourhood of Istanbul. His family was originally from Rize, a conservative town on the north-eastern coast of the Black Sea, and returned there when Erdogan was still an infant, coming back to Istanbul again when he was 13. He spent those years attending Istanbul Imam Hatip School and selling lemonade and sesame rings on the city’s streets to make extra money.

In 1991, Erdogan became a candidate of Parliament. In 1994, Erdogan was elected Mayor of Istanbul. Erdogan emerged over the next four years as a pragmatic mayor.

The political environment was growing tense in Turkey, when the Welfare Party came to power inÂ June 1996 in a coalition government with the centre-right True Path Party. Necmettin Erbakan, Turkey’s first openly Islamist Prime Minister, conflicted with the principle of the separation of religion and state in Turkey with his radical rhetoric. In February 1997, the military initiated what was later dubbed the ‘post-modern coup’. Erbakan was ousted from power and many Islamist groups were the subject of a crackdown as part of a series of court cases opened by prosecutors.

Erdogan was caught up in this crackdown in 1997 because he made a public speech in the south eastern province of Siirt, denouncing the closure of his party and recited these lines of a poem from the Turkish War of Liberation: “The mosques are our barracks, the domes our helmets, the minarets our bayonets and the faithful our soldiers.”