Home Business Snapdeal distances itself from Aamir Khan amid row 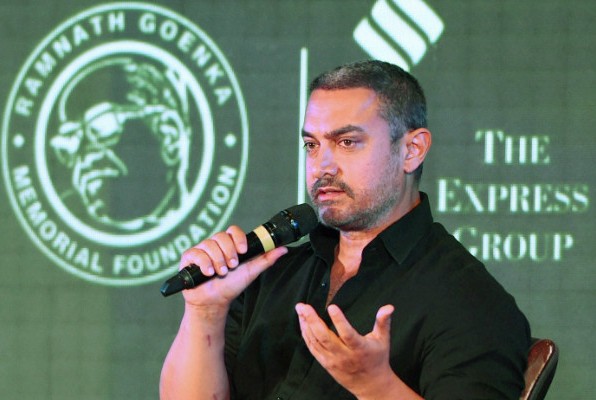 The e-commerce company Snapdeal on Wednesday distanced itself from its brand ambassador Aamir Khan’s ‘intolerance’ statement, saying the company is not connected to any personal comment made by the Bollywood actor.

“Snapdeal is neither connected nor plays a role in comments made by Aamir Khan in his personal capacity. Snapdeal is a proud Indian company built by passionate young Indians focused on building an inclusive digital India. Everyday we are positively impacting thousands of small businesses and millions of consumers in India. We will continue towards our mission of creating one million successful online entrepreneurs in India,” the company said in a statement.

Aamir was named as the brand ambassador for the online shopping service in March this year.

According to reports, the ratings for the Snapdeal app on Google Play Store took a hit as many of its users took to social media to condemn Khan’s remarks against growing intolerance in the nation.

Earlier today, advocate Manoj Kumar Dixit filed a case against Khan over his ‘intolerance’ remark, saying that the Bollywood actor had instilled fear within various sections of society by declaring India as unsafe.

“He has created a sense of fear within the society by declaring India as insecure. His statement can cause differences between people and incite enmity between religious communities,” Dixit told ANI.

While speaking at the Ramnath Goenka Excellence in Journalism Awards, Khan had made the controversial statement that earned him massive whiplash.

“When I chat with Kiran at home, she says ‘Should we move out of India?’ That’s a disastrous and big statement for Kiran to make. She fears for her child. She fears about what the atmosphere around us will be. She feels scared to open the newspapers every day. That does indicate that there is this sense of growing disquiet, there is growing despondency apart from alarm. You feel why this is happening, you feel low. That sense does exist in me,” Aamir said.