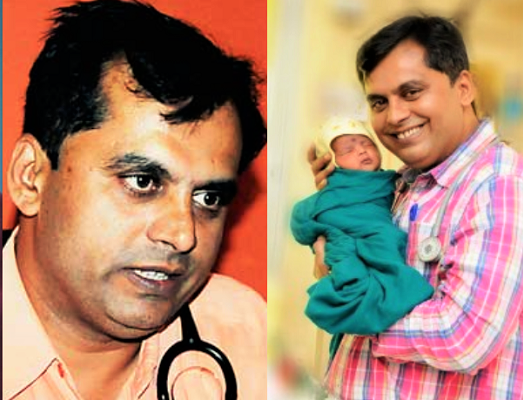 He is the silent hero, he is the doctor who proves that in the state of such cruelty around, innocence and sense to do good still prevails.

Dr Ganesh Rakh, running Medicare Hospital Foundation Trust in Pune’s Hadapsar, does not charge any fees if the infant delivered is a girl.

Yes, you read it right, Dr Rakh doesn’t charge any money on delivering a girl child and moreover, the entire hospital celebrates the birth of the girl child by distributing sweets

Till 2013, the hospital maternity charges were waived off in over 144 deliveries, both normal and caesarian.

In the year 2007, Dr Ganesh Rakh set up a 25-bed Medicare General and Maternity Hospital in the Hadapsar suburb of Pune.

The intent of starting the hospital was to help the underprivileged patients. Today, his hospital has grown, and so has the intensity of his work.

In a bid to fight female infanticide in his area, he has ensured that his hospital does not charge any fee if the infant delivered is a girl.

“After reading media reports about my work, I was contacted by nearly 17-18 gram panchayats and hundreds of doctors who have not only promised to stop sex determination tests and abortions but welcome girl children by motivating families,” Dr Rakh said.

Till date, nearly 3,000 doctors from the interiors of Maharashtra have joined his cause of fighting social biases and prejudices against the girl child.