Home Politics I am being used as ‘political tool’: Robert Vadra 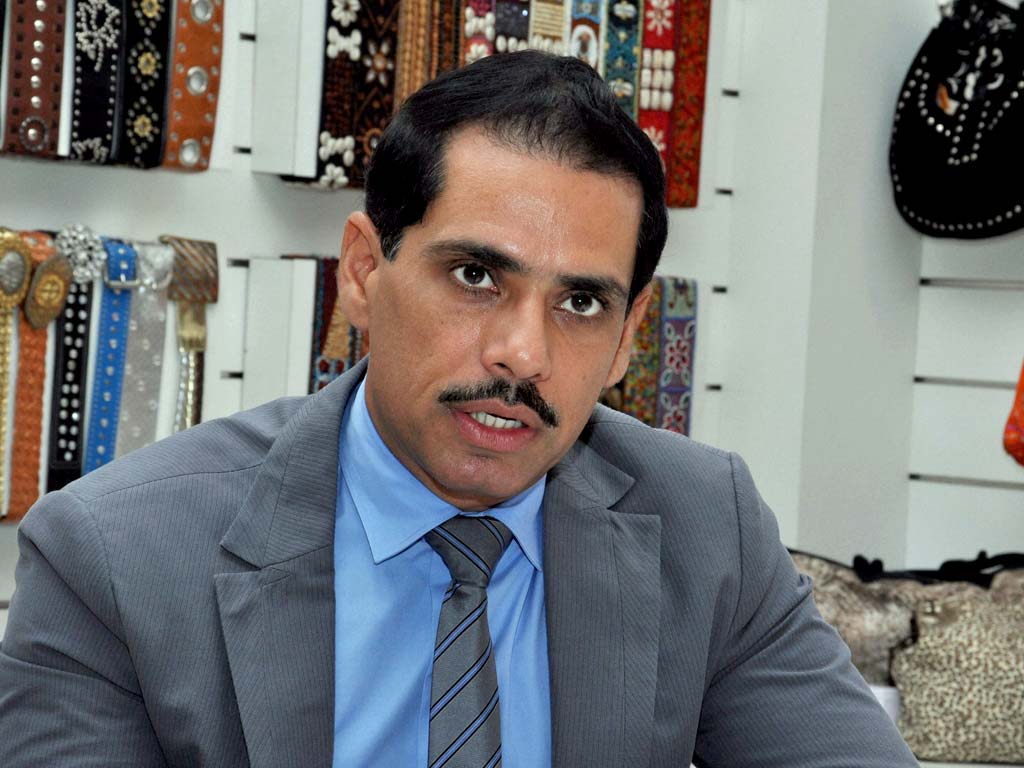 New Delhi: Robert Vadra, whose land deals are being probed in BJP-ruled Haryana and Rajasthan, on Sunday contended that he was being subjected to a “political witch-hunt” and used as a “political tool”.

Son-in-law of Congress President Sonia Gandhi, the controversial businessman said a distinction should be made between him as an individual conducting business like anyone else and the politics of the family of his wife Priyanka Gandhi Vadra “without constantly attempting to link the two”.

Alleging that there was a “sustained political attack” on him, 46-year-old Vadra claimed that BJP was using attacks on him as a “political tool whenever they need to divert public attention”.

He said he has always conducted business transparently in accordance with the law but he was being “singled out” and “lies” were spread which made it difficult for him at times to come to terms with the “way I have been portrayed”.

“Perception about me seems to have become so deeply embedded that it seems as if the truth does not matter to anyone anymore,” Vadra said.

On the inquiry being undertaken against his business deals in Haryana and Rajasthan besides the Enforcement Directorate sending a notice to his company, he said, “There is a clear-cut political witch-hunt. The more they hound me, the more apparent it is becoming that they are using their attacks on me as a political tool whenever they need to divert public attention.”

On the probe in Haryana where the one-man Justice S N Dhingra Commission is looking into grant of land licences to some companies including that of Vadra’s in four villages of Gurgaon, Vadra said he had not received any notices so far but has read the media reports in this regard.

“I will deal with the notices from the inquiry and the ED as and when I receive them. Since these proceedings involve legal issues, I would not like to make any comment on them at this stage,” he said.

The BJP government in Haryana had in May set up the Dhingra Commission to probe alleged irregularities in grant of licences by the Department of Town and Country Planning to some companies, including that of Vadra, in Sector 83 of Gurgaon for developing commercial colonies during the previous Congress government of Bhupinder Singh Hooda.

The Dhingra Commission has been asked to probe subsequent transfer or disposal of the lands, allegations of private enrichment, ineligibility of beneficiaries under the rules, and other connected matters, bringing Vadra’s land deal under the scanner.

Vadra said he has the highest respect for the process of law and expressed confidence that “the truth will eventually prevail over any political witch-hunt”.

He said, “whatever I have or have not done, is in the public domain for everyone to see. Even the so-called facts forming part of media campaigns were based on information that I had myself provided to the ROC (Registrar of Companies) and other agencies.”

He cited the example of debates repeatedly being held on “why I sold certain portions of land for a profit in an area where every single other buyer and seller of land made the same, if not more profit, during the same period of time. Those other transactions were never debated.”

Insisting that his work had nothing to do with politics of his in-laws, Vadra said, “I have always conducted my business strictly in accordance with the law and have been more transparent. Why am I being singled out?”

He said the media should make a “distinction between me as an individual conducting a business as anyone else would, and my wife’s family in politics without constantly attempting to link the two”.

He also expressed regret for aggressively brushing aside a journalist when questioned over allegations against him. “Perhaps I got more worked up over it than I should have. I regret that but I am human too and cannot always remain calm in the face of all sorts of wild accusations being directed at me. I wish him all the best.”

On the controversy with regard to his being on the VVIP list to be exempted from frisking at airports, he maintained that he had “never ‘enjoyed’ the special treatment” and “never availed it”. He added, “I am not a VIP nor do I want to be treated like one.”

On current political and social atmosphere in the country, Vadra said, “I generally stay away from politics but just as an ordinary citizen, I feel that the prevailing social disturbance in our country is very sad.”

He said that “to try to control freedom, expression and the rights of individuals to practice their own religion, or to live and eat and pray as they wish to, is an outdated idea. It stops progress and stunts development.