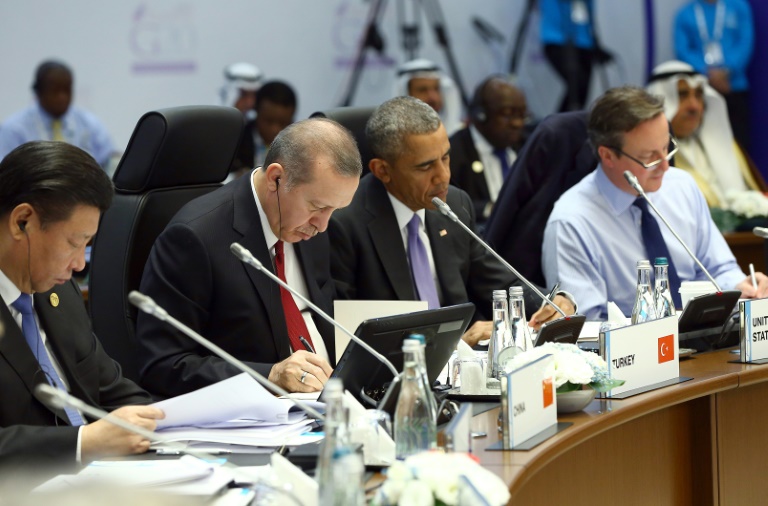 World leaders on Monday approved a crackdown on tax avoidance by multinationals such Google, Apple and McDonalds whose rock-bottom tax bills have provoked widespread outrage.

Heads of the Group of 20 top economies put their final seal on a plan to close loopholes that let some big companies shift profits to low-tax nations so as to slash their bills, leaving ordinary tax payers fuming.

It comes a year after the “LuxLeaks” revelations that some of the world’s biggest companies — including Pepsi and Ikea — had lowered their tax rates to as little as one percent in secret pacts with tax authorities in Luxembourg.

In a joint statement delivered after a two-day summit at the Turkish Mediterranean resort of Antalya, leaders declared that they “strongly urge the timely implementation of the project and encourage all countries and jurisdictions, including developing ones, to participate”.

The OECD calculates that national governments lose $100-240 billion (89-210 billion euros), or 4-10 percent of global tax revenues, every year because of the tax-minimising schemes of multinationals.

Its 15-point plan, adopted after years of negotiations, seeks to oblige multinationals to pay tax in the country where their main business activity is based.

The package represents “the first substantial — and overdue — renovation of the international tax standards in almost a century,” the 34-nation, Paris-based OECD says.

The OECD says its scheme will:

– Stop companies exploiting differences in national tax rules and bilateral treaties, for example to win no-tax status in two places at once.

– Prevent companies from shifting profits to lower-taxation countries where their foreign subsidiaries are based, or from using technicalities to declare they are based in low-tax jurisdictions.

– Close loopholes that let companies shift debt within a group towards higher-tax countries, allowing them to declare lower profits there.

– Oblige multinationals to detail their business country by country to the tax authorities.

The British-based charity Oxfam said the plan was a “step forward”.

“But until the G20 supports a reform process that truly tackles harmful tax competition, tax havens and multinationals will continue to gain most from this system, and the poorest countries will be the biggest losers,” Oxfam said in a statement.

The charity urged the G20 to work with the United Nations, International Monetary Fund and World Bank along with the OECD on a second generation of tax reforms to build on the crackdown.