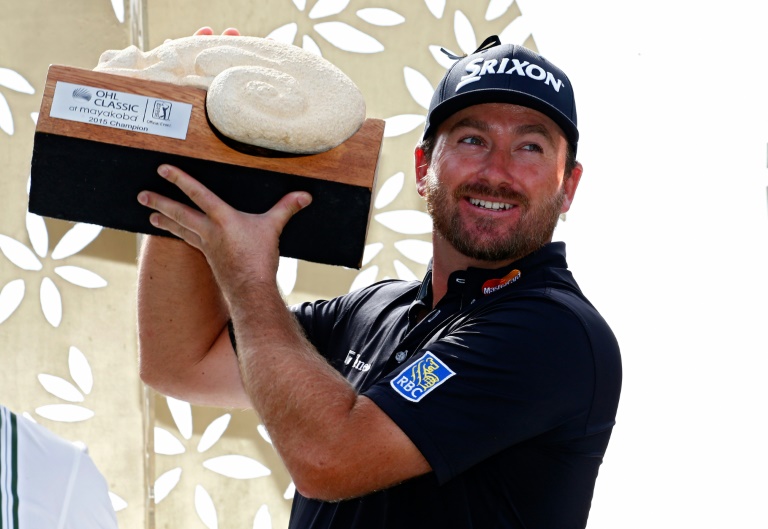 Graeme McDowell said he hopes his first PGA Tour victory in more than two years can act as a springboard to Major championship glory on Monday after clinching a play-off victory in the weather-hit OHL Classic at Mayakoba.

The 36-year-old Northern Irishman has endured a miserable 2015, failing to post a top 10 finish while watching his world ranking slide as low as 80th, way down from his peak position of fourth in 2011.

But the European Ryder Cup star wiped away the disappointment when play resumed at the El Camaleon Golf Club on Monday, winning a three-way play-off to defeat Jason Bohn of the United States and Scotland’s Russell Knox.

“It really gives me something to grab onto,” a delighted McDowell said afterwards.

“You go through a year like this and you think ‘Am I finished? Am I not good enough?’ You ask yourself all the questions, we’ve all been there.

“This is a nice step back to where I want to be. Because I want to be back up there, winning more Major championships, more major tournaments.”

McDowell sealed victory with a superb birdie on the first hole of the play-off, tapping in a three-foot putt after a sublime five iron second shot which kissed the cup.

He advanced to the play-off after a nervy final few holes as the final round was completed early Monday.

He three-putted the 16th and then rolled in a tricky 10-foot putt to save par on the final hole.

Knox meanwhile, who had been bidding for back-to-back victories after winning the WGC-HSBC Champions tournament in Shanghai earlier this month, saw his dream of victory falter after he bogeyed the last hole in regulation.