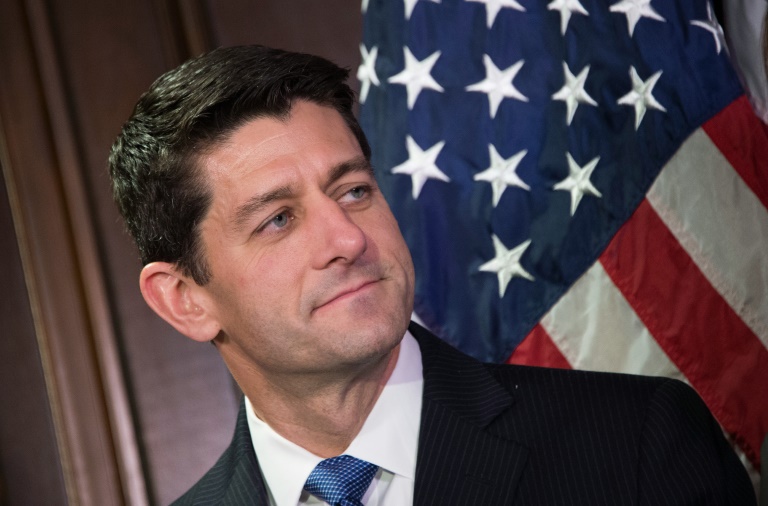 US House Speaker Paul Ryan on Tuesday called for a pause in a White House program to settle Syrian refugees in America, citing security fears following the Paris attacks.

The top Republican lawmaker joined half of US state governors in urging President Barack Obama to suspend the scheme, calling for a full review of the vetting process to ensure that would-be attackers do not slip into the country among the refugees.

“Our nation has always been welcoming but we cannot let terrorists take advantage of our compassion,” Ryan told reporters after meeting with House Republicans in the US Capitol.

“We think the prudent, the responsible thing is to take a pause in this particular aspect of this refugee program, in order to verify that terrorists are not trying to infiltrate the refugee population,” he added.

“This is a moment where it’s better to be safe than to be sorry.”

Ryan said he and committee chairs in the House of Representatives were working on legislation to address the Syrian refugee crisis.

It was not immediately clear what the legislation would entail. Ryan said Monday he was considering all options.

Some Republicans are threatening to delay a government funding bill next month unless federal funds stops flowing to the program that allows thousands of refugees from Syria and elsewhere to resettle in America.

Ryan said he wants the House to consider legislation “as quickly as possible,” adding that conclusions about the path forward would be made this week.

The issue has become a political football in the US presidential election. Several Republican candidates including Donald Trump, Ben Carson and Mike Huckabee have announced their strong opposition to the refugee program.

Some 2016 hopefuls like Ted Cruz and Jeb Bush have said they would prioritize resettling for Syria’s Christian refugees and not Muslims, comments which drew criticism from the president.