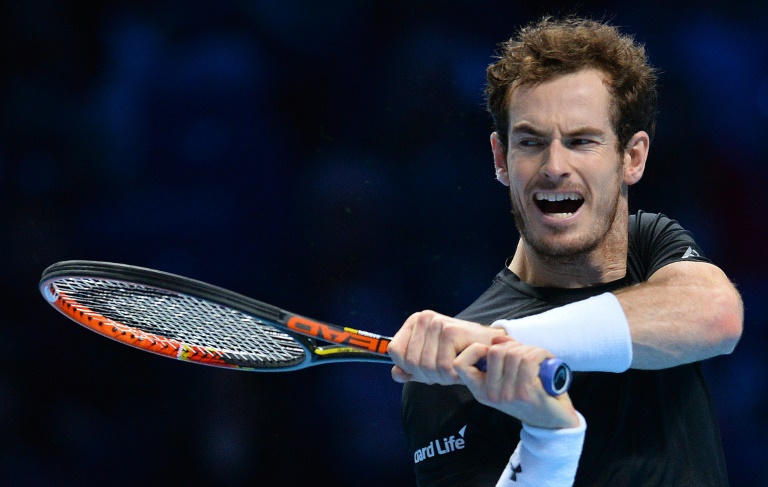 The 28-year-old Scot has won all eight of his rubbers this year – six singles and two doubles – en route to Britain’s first final since 1978, defeating the United States, France and Australia.

But his preparations for the November 27-29 final on a specially laid slow claycourt in Ghent have been hampered by his obligations to play in this week’s ATP World Tour finals on a hardcourt in London.

Team captain Leon Smith will look for Murray to bag two points from his singles matches and also likely link up with brother Jamie to ensure what could be the clinching point in the doubles as they did against Australia in the semi-finals.

Ward has been a key figure in the run to the final, claiming a vital five-set win against John Isner during the first round tie against the United States.

But there will be no place for Aljaz Bedene, the Slovenian-born British number two who was prevented from playing for his adopted country as he had previously played three matches for his native country, all dead rubbers.

Bedene appealed the case to the International Tennis Federation, who run the Davis Cup, but they have deferred any decision until next March.

Smith, who took over the captaincy in 2010 for a play-off against Turkey to avoid dropping into the bottom tier of the competition, said: “It is an historic moment in British tennis and I’m delighted to name these five players for the tie against Belgium.

“Andy has led from the front throughout this campaign, showing time and again what it means to him to pull on the GB jersey.

“He shows determination, commitment and passion that inspires the other British players on the bench and our fantastic fans in the stands.

“The team has had some incredible results this year, and we know that off the back of defeating the three other Grand Slam nations we carry great momentum going into the final.

“However, we will not underestimate the challenge in front of us. The Belgian team is full of top-100 talent and they will push us all the way.”