Home World Syria could be ‘weeks away’ from transition: Syria 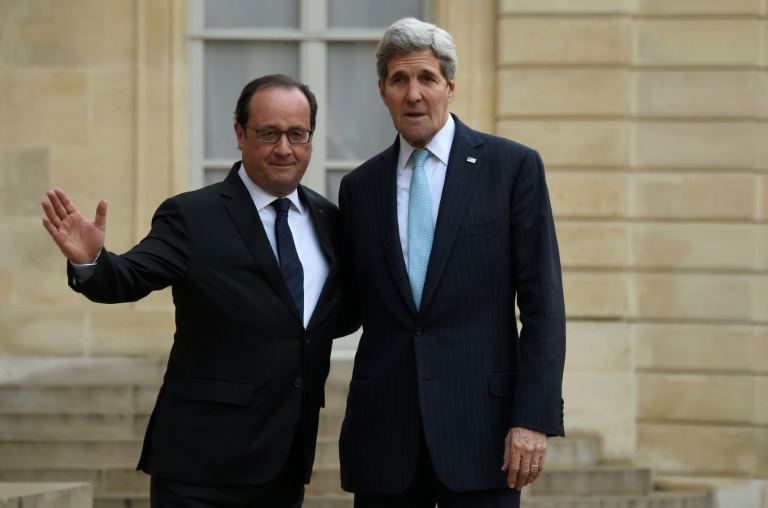 US Secretary of State John Kerry said Tuesday that Syria could be weeks away from a “big transition”, following on from international talks in Vienna at the weekend.

“We are weeks away conceivably from the possibility of a big transition for Syria,” Kerry said after talks with President Francois Hollande in Paris, where he was visiting to express solidarity with the French nation after Friday’s terror attacks.

Kerry said there was now a “genuine process with possibilities” to unlock the war in Syria, which has cost 250,000 lives over nearly five years.

There have been deep divisions over the fate of Syrian President Bashar al-Assad.

Assad is backed by Russia and Iran, but the United States and France have demanded he step down.

“We have found a common agreement on principles (and) established a concept of giving life to a negotiation with Iran and Russia at the table, which is unique in the last four and a half years,” Kerry said.

Top diplomats from 17 countries met in Vienna on Saturday where, despite deep divisions, they agreed on a path to Syrian elections and to bring together “the broadest spectrum of” Syrian opposition and regime representatives for talks by January 1.

They agreed on a target of six months to have a “credible, inclusive and non-sectarian” transition government, and a schedule for the drafting of a new constitution followed by elections within 18 months.

The Islamic State, which has taken control of large parts of Syria and Iraq, has claimed responsibility for unleashing a wave of gunmen and suicide bombers on the French capital to carry out attacks which killed 129 people.