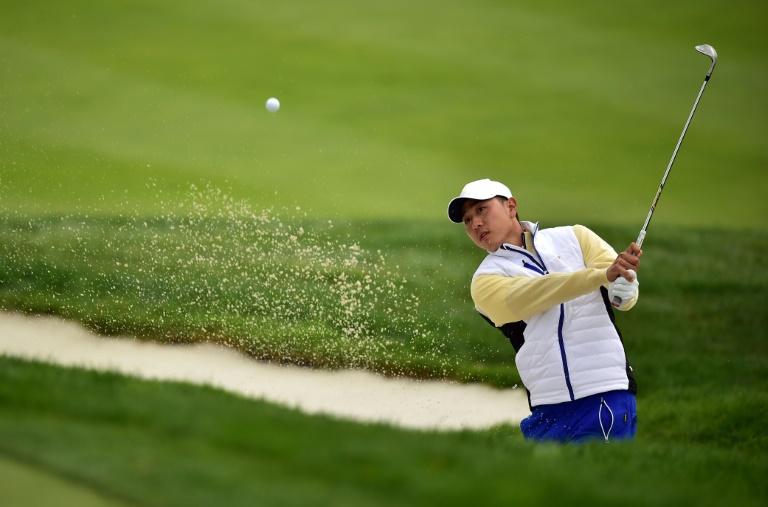 Earlier in the year, the 29-year-old had gone to court to seek an extension of his overseas travel permit to continue playing in the United States, but the application was denied.

“I’ll be back on tour in 2017,” Bae told journalists before entering an army training camp in the eastern city of Chuncheon.

All able-bodied South Korean men aged 18-35 are required to serve in the military for about two years.

Those between 25 and 35 who have not yet completed their mandatory service require a special permit to stay overseas and Bae’s permit expired at the end of last year.

The district court judging his case ruled that a conscript was not allowed to arbitrarily schedule his entry into the military — even if his professional career faces the risk of being disrupted.

He was, however, allowed to take part in the Presidents Cup last month in the western port city of Incheon on condition that he start his military service when the event was over.

South Korea’s armed forces rely heavily on a compulsory military service system, with conscripts — most in their early 20s — accounting for the lion’s share of its 690,000 active personnel.

The country remains technically at war with North Korea as the 1950-53 Korean War ended in an armistice instead of a peace treaty, and dodging military service is a serious crime punishable by imprisonment.

Exemptions are very rare, although sports can offer a way out. Athletes winning an Olympic gold medal, for example, are not required to serve.