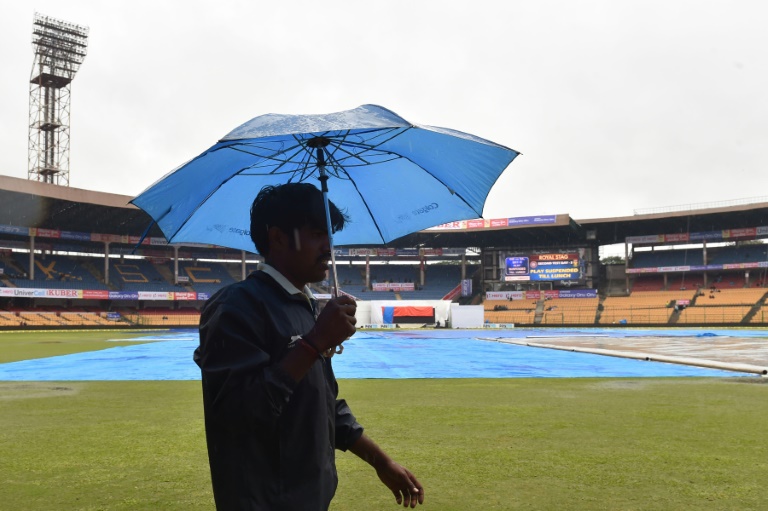 Play in the second Test between India and South Africa in rain-soaked Bangalore was delayed once again Tuesday, but improved conditions could finally see some cricket later on the fourth day.

Incessant rains, which washed out play on the second and third days, relented to allow the ground staff at the Chinnaswamy stadium to work on the drenched outfield despite overcast skies.

The umpires, who inspected the conditions at the scheduled lunch time of 11:30 am (0600 GMT), decided the outfield had not dried up enough to resume play. They will make another inspection at 1:00 pm.

Play took place only on the first day on Saturday when South Africa were shot out for 214 after being sent in to bat, and India replied with 80 for no loss by stumps.

India lead the four-match series after securing a 108-run win in the first Test in Mohali earlier this month. The third Test is to be played in Nagpur from November 25.