Home Nation Part of funding for 9/11 arranged by terrorist released after IC-814 hijack... 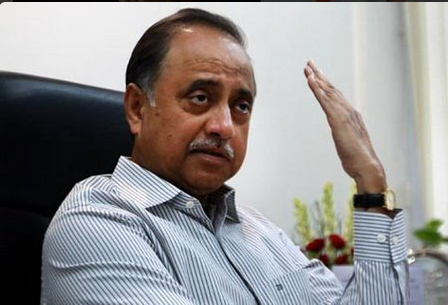 New Delhi: In a major revelation former top police officer Neeraj Kumar exclaimed that part of funding for 9/11 attacks in the US originated from India.

According to Kumar claim on the “revelation” was made by a terrorist.

Kumar, who served in CBI and retired as Delhi Police Commissioner two years ago, said the funds were raised from a kidnapping and handed over to the chief of the 9/11 attackers Mohammad Atta by terrorist Omar Sheikh who was released by India in exchange of hijacked Indian Airlines plane in 1999.

Sheikh was given the money by terrorist Aftab Ansari, who was responsible for the attack on the American Center in Kolkata, says the 1976-batch IPS officer citing information obtained from Harkat-ul Mujahideen terrorist Asif Raza Khan.

“Part of the ransom money received in the Burman kidnapping about $100,000 (at the time Rs 49 lakh) had later found its way from Omar Sheikh to Mohammad Atta, the chief of the 9/11 attackers,” the book says.

Kumar, who is at present heading the anti-corruption wing of BCCI, said the revelation of Asif Raza Khan that ransom money was passed on to Mohammed Atta was mentioned in the testimony of John S. Pistole, Deputy Assistant Director, Counter terrorism Division of FBI before the Senate Committee on Terrorist Financing in July 2003 at Washington.

“It’s only an attempt to share my story, my experiences and some of my cases which have no bearing on national security,” he says.

In the book, he also mentions a call he had received towards the fag end of his career when he led an operation in which some of the cricketers were arrested for alleged spot-fixing during the T-20 tournament.

“I think it was Dawood or his brother Anees who told me that I should stop chasing them as I was about to retire,” remembers Kumar with a smile on his face.