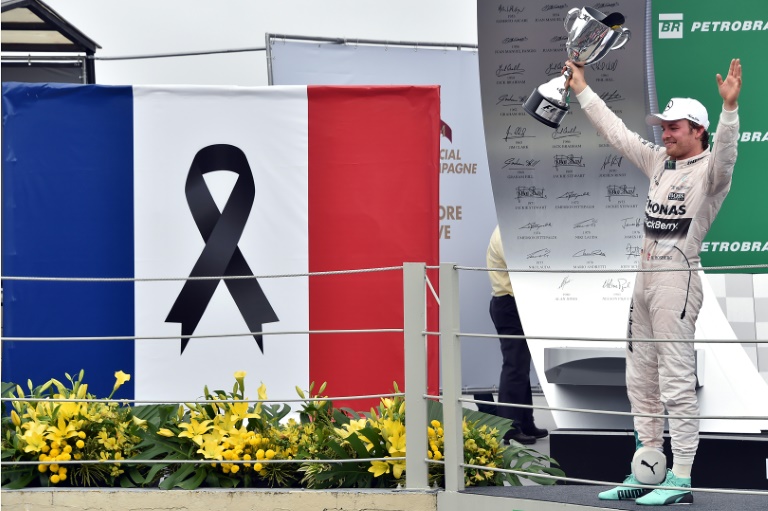 Nico Rosberg’s class is shining through now, after failing to win the world championship, because he is taking a more dynamic approach to his racing, according to Mercedes team chief Toto Wolff.

The 30-year-old German, who was swept aside by his team-mate Lewis Hamilton as the Briton won his third drivers world title, has reacted in a pro-active way since Hamilton barged him off the track to seize victory and the championship at last month’s United States Grand Prix.

Talking to reporters after Rosberg reeled off his second consecutive Latin American victory in Sunday’s Brazilian Grand Prix, two weeks after his triumph in Mexico, Wolff said it was difficult to explain their switch-over in form and results.

“Both of them will spend time over the winter reflecting what happened at the end (of this season),” said Wolff. “But one important thing is, you can see (Rosberg’s) class now.

“We have always tried to say that Nico’s class and performance is important to make Lewis perform as he did, and to make the car faster and the team to progress.

“Mexico and Brazil were good examples of that class.”

Pressed for an explanation, Wolff added that Rosberg had changed his style after Hamilton’s aggressive actions on the way to victory in Texas.

“Maybe,” he said. “It is a personal guessâ€¦ Maybe a different, proactive, dynamic approach, but I don’t knowâ€¦

“I think both drivers know what we expect of them and the responsibility they have to the team. It is about positioning yourself in the right way.

“That is not only on-track, it is off-track also, in having the right attitude, but I would say, fundamentally, if you look at Austin, or look at Mexico, or look at Brazil, it was Nico’s sheer pace that decided the race.

“At the end it all comes down to the stop watch. If you are the quicker guy out there, you qualify on pole and you win the race.”

In particular, Wolff said he felt that Rosberg had learned from his earlier reluctance to be as aggressive as Hamilton, particularly at the start of races and in the first corner.

“You remember, I said that he was driving in anger,” he said. “I am not sure I am right. Itâ€™s just what I think, but I could be wrong.

“Nico is still developing as a racing driver and all those Turn One incidents had a pretty similar pattern, of where you position yourself with the car and you can see that.

“If you are the outside car, you just need to give up, you see that in many racesâ€¦.”

As for Hamilton, he shrugged when asked for an explanation for loss of the dominance that he enjoyed earlier in the year.

“I think racing drivers are a different kind of species,” he smiled. “I have no explanation for you.

“You could say that Lewis won it all, he has achieved his target.

“So, the adrenaline is maybe not as high as it was before, and Nico is driving without pressure, but, in reality, I am not sure they know themselves.”

Hamilton, who had dominated qualifying for most of the year, has failed to take pole in five races since the Italian Grand Prix at Monza in September since when he has had to run his car with reduced tyre pressures following a clampdown by the sportâ€™s ruling body, the International Motoring Federation (FIA).

In that time, Rosberg has taken five poles in a row and now started to add race wins to his supremacy, a scenario that may put him in command again in the final race at Abu Dhabi in two weeks time â€“ and set him up for a title tilt next season.