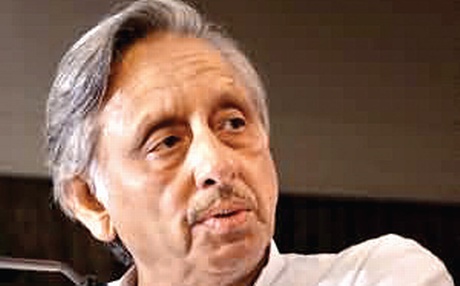 Congress leader Mani Shankar Aiyar has done it again. He has perhaps left no stone unturned to put his own country to embarrassment in front of Pakistan. In an interview to a Pakistan TV channel Aiyar reportedly said that if Islamabad wants good relations with India then it should help India in defeating Prime Minister Modi and ensure that the Congress is back at the Centre.

Aiyar made a controversial remark in the wake of the recent Paris attacks as well. Reacting to the terror attacks in Paris on Friday that killed 129 people, Aiyar had said, “The anti-Islam phobia that is being carried out in the western countries should be stopped immediately. The Muslims living in France should be provided with the assurance that they are also citizens of the country.” In addition to expressing remorse, Aiyar said, “we should also think that why this situation has raised?”

Even his own party has refused to take the responsibility for his comments. On being asked to comment on Aiyar’s remarks, Congress leader Ajay Maken distanced himself from the issue and said, “We do not want to associate with Mani Shankar Aiyar. He should make statements after careful consideration. In no way, you can justify… It was an inhuman action in which so many people have been killed.”

The BJP has slammed Aiyar for his comments against Prime Minister Narendra Modi in an interview to a Pakistani news channel and have demanded his resignation.

“It reeks of conspiracy. How can you say this to Pakistan? You are a former minister. This is a very serious statement by him. He should not only come out and apologise, he should also explain the meaning of the statement. But looking into the gravity of the statement, none other than Sonia Gandhi should clarify and should sack him from Congress,” BJP spokesperson Sambit Patra said.

“We all know that Mani Shankar Aiyar and Salman Khurshid are habitual offenders, vis-a-vis Pakistan is concerned and they have always spoken high of Pakistan and low of India,” he added.

“The kind of interview that Mani Shankar Aiyar recently gave to a channel in Pakistan saying if Islamabad wants good relations with India, then they have to unseat the Modi government, is absolutely appalling,” he said.

Meanwhile, Sudheendra Kulkarni has also slammed Aiyar for his comments saying he totally disagrees with him and PM Modi has been elected by the people.