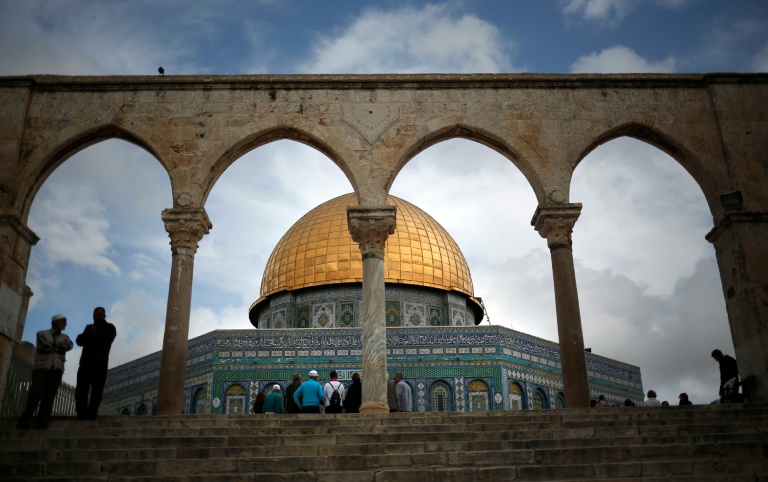 Israel banned the radical wing of the country’s main Islamist organisation on Tuesday accusing it of instigating violence at a sensitive Jerusalem holy site, which preceded weeks of Palestinian unrest.

The ban comes as Israel moves on several fronts in a bid to stop the knife, gun and car-ramming attacks, with Prime Minister Benjamin Netanyahu repeatedly declaring his intention to crack down on those he accused of incitement.

The radical branch of the Islamic Movement, based largely in northern Israel, rejects the Oslo peace accords between Israel and the Palestinians and boycotts national elections on the grounds that they give legitimacy to the institutions of the Jewish state.

It has been behind a campaign alleging that the Al-Aqsa mosque compound in annexed east Jerusalem is “in danger,” stoking fears that Israel plans to change rules governing the site, which Netanyahu has repeatedly denied.

Raed Salah, the head of the organisation, said he had been summoned along with two other officials to a police station in the northern city of Haifa, while also denouncing the ban.

“All these measures taken by the Israeli establishment are unjust and unacceptable,” Salah said in a statement.

“I am proud to remain the president of the Islamic Movement… (and) am seeking through all legitimate means, both domestic and internationally, to raise (the issue of) this blatant injustice.”

In announcing the ban, an Israeli government statement said that “any person who belongs to this organisation or who provides services to it or who acts within its framework is henceforth committing a criminal offence punishable by a prison sentence.

“The northern branch of the Islamic Movement has carried out a campaign of incitement to violence for years based on the lie that ‘The Al-Aqsa Mosque is in danger’ and the false accusation that Israel wants to harm the mosque and violate the status quo,” it said.

The Al-Aqsa compound is the third-holiest site in Islam and the most sacred for Jews, who refer to it as the Temple Mount. Jews are allowed to visit, but not pray there to avoid provoking tensions.

– Sacred to both faiths –

Clashes broke out at the site over several days in September, with Palestinian youths throwing stones and firebombs while barricading themselves inside the mosque itself. Israeli police responded with stun grenades and tear gas.

Strict Israeli security measures, including limits on who was allowed to enter, eventually halted the clashes at Al-Aqsa, but a new wave of violence that began in October has seen Palestinians target Israelis elsewhere with knife, gun and car-ramming attacks.

The violence has left 12 Israelis dead and 83 on the Palestinian side, one of them an Arab Israeli. Many of the Palestinians killed were alleged attackers, while others were shot dead during clashes with Israeli forces.

The attackers have mainly been young Palestinians who appear to be acting on their own, frustrated with Israel’s occupation, a frozen peace process and the leadership of Palestinian president Mahmud Abbas, whose calls for peaceful resistance they have ignored.

Other measures Israel has pursued in recent days have included controversial demolitions of homes of suspected attackers, which have sparked clashes, such as on Monday when Israeli forces shot dead two Palestinians in the West Bank.

The northern branch of the Islamic Movement has long been on Israel’s radar.

In October, Salah was sentenced to 11 months in jail on charges of inciting violence at the mosque compound in a 2007 speech. He is currently pursuing an appeal.

His movement has also been accused of financing two Muslim groups, the female Murabitat and male Murabitun, who act as self-appointed sentinels at Al-Aqsa, keeping an eye on Jewish visitors and harassing those they suspect of secretly praying.

Both groups were outlawed from the site when tensions boiled over in September.

According to biblical tradition, the first and second Jewish temples were located at the site of the Al-Aqsa compound and destroyed by the Babylonians and the Romans.

Muslims believe it is the site from which the Prophet Mohammed ascended to heaven.