Home Sports Friendly will be ‘symbol of freedom’: Germany’s Loew 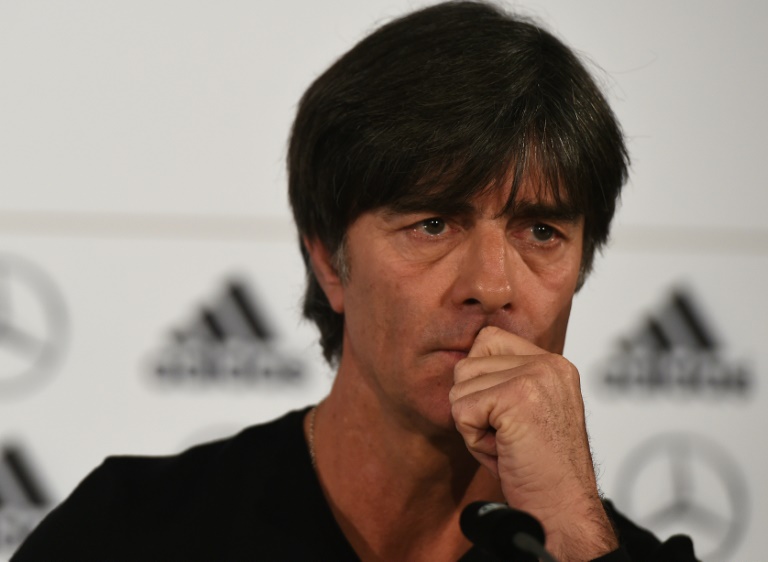 Joachim Loew says Germany’s friendly against the Netherlands on Tuesday will be “a symbol of freedom”, with the result of little consequence in the wake of the Paris terror attacks.

The German Football Association (DFB) had been considering cancelling the friendly in Hanover, but took the decision over the weekend to go ahead and German Chancellor Angela Merkel is even set to attend, along with her cabinet.

The shaken German team spent Friday night in the Stade de France stadium after playing a friendly against the French as 129 people died and 350 were injured in a series of violent attacks across Paris.

Loew says security will be top priority in Hanover, but the political importance of the match, as a statement against terrorism, outweighs the fixture’s sporting value.

“It’s a clear message and symbol of freedom and a demonstration of compassion, as well as sorrow, for our French friends — not only in France, but throughout the world,” said Loew.

Loew has stood six players down for the game.

Schweinsteiger wrote that he is “speechless” on Twitter and Facebook on Sunday and called for unity in the wake of the Paris attacks.

“No matter where you come from and what religion you follow — we are united,” he wrote.

Team manager Oliver Bierhoff says the DFB are considering ways to show solidarity with France, but could not confirm whether the French national anthem, ‘Le Marseillaise’, will be sung in the Hanover stadium.

“We have had a few ideas, but we want to talk to the Dutch about them first,” added Bierhoff.

Against the background of Friday’s events in Paris, Loew said “the much-touted sporting rivalry between Germany and Holland fades into the background”.

The head coach looked drawn during Monday’s press conference and brushed off questions of a sporting nature, but spoke at length about why the Germans want the friendly to go ahead.

“We want to play the game and behave very professionally, but I believe that the result will not be an important factor,” said Germany’s World Cup-winning coach.

“During the terrible, shocking night, which we experienced in the dressing room (in Paris), came the question: ‘can the game on Tuesday take place?’ and we talked about it to the players

“I had the feeling when we arrived back on Saturday that the game couldn’t, and shouldn’t, take place.

“We had to get over the shock and we were afraid.

“But we talked about it again on the Sunday and it was clear that the game had to take place. It’s a clear statement about freedom and solidarity.

“Clearly, we will be thinking of the victims and their families.”

With Merkel set to attend, the DFB has said security will be a high priority and Loew said there was no fear in the team of a repeat of what they experienced in Paris.

“I believe everything will be done to make the game as safe as possible,” said Loew.

Netherlands coach Danny Blind echoed Loew’s sentiments that the Hanover match should send out a message of solidarity.

“I’m not the first one to say this, but I think that we should make a gesture,” said Blind on Monday evening.

“For the victims, the survivors and the French people, but also for freedom, democracy and solidarity.

“This match is not about team line-ups or systems.

“What matters now is compassion and unity.

“This is not a test match, but a friendly — in every sense of the word.”

The Dutch beat Wales 3-2 in Cardiff on Friday, but Blind explained how his squad was fully aware of what the German team was going through in Paris and held a minute’s silence before leaving the Welsh capital.

Bayern Munich winger Arjen Robben and Galatasaray midfielder Wesley Sneijder had been in mobile phone contact with their respective club team-mates, Germany’s Thomas Mueller and Lukas Podolski, throughout the night.

“That really brought us very close to the whole thing,” said Blind.