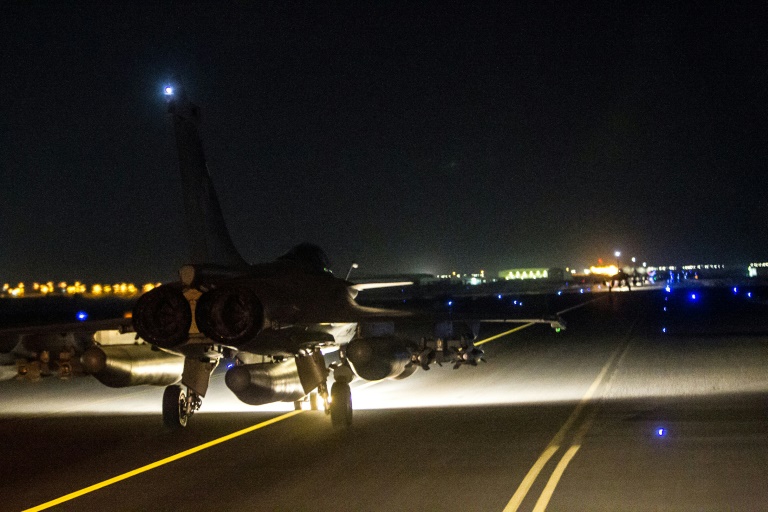 “For the second time in 24 hours the French military conducted an air raid against Daesh in Raqa in Syria,” it said in a statement, using another name for the jihadist group.

President Francois Hollande has vowed to hit back at IS “without mercy” after Friday’s attacks in Paris, the bloodiest on its territory.

“Both targets were hit and destroyed simultaneously,” it said.

“Conducted in coordination with US forces, the raid was aimed at sites identified during reconnaissance missions previously carried out by France.”

France has carried out air raids against IS in Syria since September but stepped up its raids after Friday’s attacks, with 10 warplanes dropping 20 bombs on jihadist targets in Raqa on Sunday.

The United States and France have also decided to increase their exchange of intelligence on potential targets.

France is set to further intensify its operations against the jihadists in Syria through the information acquired and upcoming deployment of the aircraft carrier Charles de Gaulle, which will triple its capacity to strike.