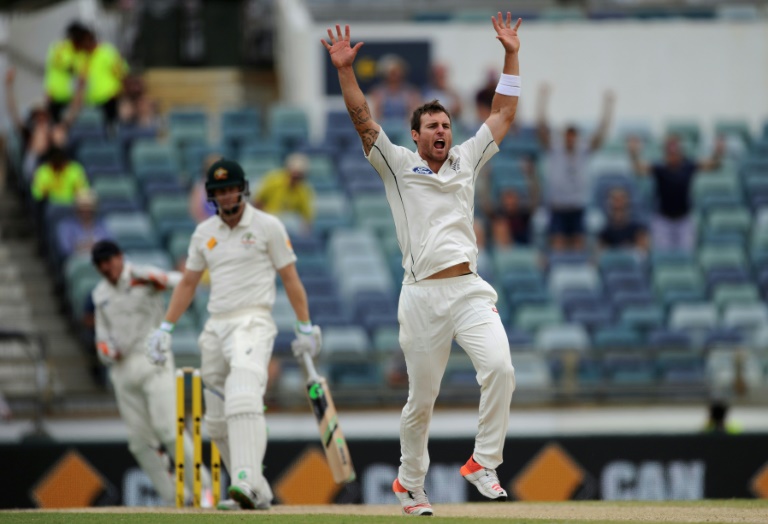 Former Australian captain Mark Taylor has called for more lively wickets in Australia in the wake of another batsman-dominated Test match at the WACA Ground.

Australia declared at 559 for nine in their first innings, with New Zealand then replying with 624 as the match headed towards a draw.

Illustrating the increasingly batsman-friendly nature of local wickets in recent times, Australia’s last seven innings on home soil across two seasons have all ended in declarations.

Taylor said the lifeless wickets were detrimental to Test cricket.

â€œSame this summer, batsmen have dominated.

â€œThat is not good for Test cricket, it needs exciting games, good battles between bat and ball and results.

â€œThe balance is too skewed towards the bat in Australia at the moment.â€

Taylor said he believed pitches were more evenly balanced during his playing career.

He would like to see groundsman given more licence to produce wickets which offered assistance to bowlers.

â€œWe have to allow groundsman to leave a bit of a grass on it and that might mean a side is bowled out for 150 on day one,” he said.

â€œThen we donâ€™t jump down their backs for it, we have to give them a little bit more freedom to produce a pitch that is fair between bat and ball.

â€œThey are producing batting wickets at the moment.â€

Several commentators, including former Test seamer Terry Alderman, speculated that paceman Mitchell Johnson’s decision to retire after the Test was prompted by another lifeless home wicket.

However, Taylor dismissed that suggestion.

“I think the will was gone before that, look at his comments before the match started,” he said.

â€œThough I donâ€™t think the decks here have helped him, which is hard to believe, the Gabba and WACA have been the best decks for his career.”

Australian bowling coach Craig McDermott conceded the pitches for the first two matches did little to assist their pace bowlers, saying they were “not what they should be”.

He said the WACA wicket was “more like a one-day pitch”, but also added he was just as concerned about the state of the Kookaburra balls being used during the series.

There were multiple ball changes needed each day of the second Test.

“The balls haven’t been the best, hopefully they got the design right for the pink ones for next week,” he said in reference to the balls being used in the historic day-night third Test in Adelaide.