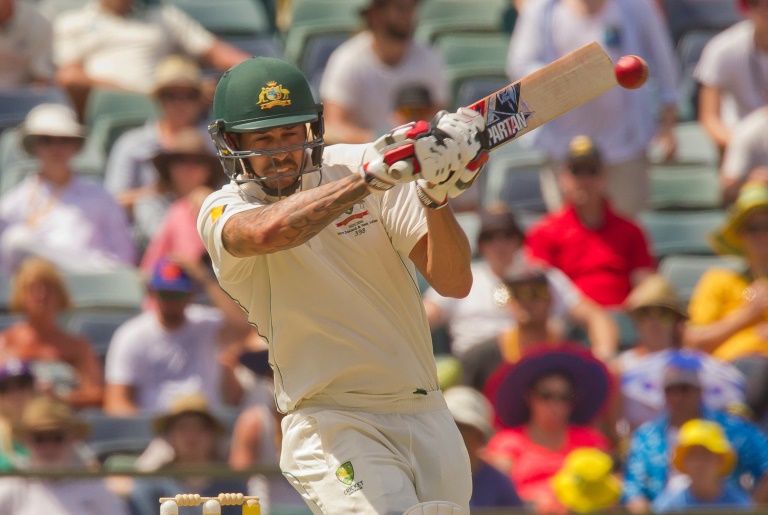 Fiery Australian fast bowler Mitchell Johnson Tuesday announced his retirement from all international cricket after the ongoing Test against New Zealand, joining a host of fellow veterans to recently call it quits.

Renowned for his express pace, ferocious bounce and capacity to intimidate, the 34-year-old said in a statement ahead of the fifth day’s play at Perth’s WACA Ground: “I feel now is the best time to say goodbye.

“It’s been an incredible ride. But the ride has to come to an end at some point and to do so here at the WACA is very special.”

He follows Michael Clarke, Brad Haddin, Ryan Harris, Chris Rogers and Shane Watson into the sunset, who all upped stumps after the recent Ashes series against England.

Speculation had been rife about Johnson’s future, with the bowler admitting last week that he thought about retirement “most days”.

On his adopted home ground which has been the scene of some of his most lethal spells during a 73-Test career, the left-armer returned dismal figures of 1-157 in the first innings against New Zealand.

His sole wicket moved him past Brett Lee and into fourth place on the all-time Test wickets list for Australia with 311. He sits behind Dennis Lillee (355), Glenn McGrath (563) and Shane Warne (708).

“I’ve given the decision a lot of thought,” said Johnson, who emotionally told his teammates at the conclusion of play on the fourth day.

“Beyond this match, I’m just not sure that I can continue competing consistently at the level required to wear the baggy green.”

After making his first class debut with Queensland in 2001, Johnson got his start in the Test team in 2007 before moving to Western Australia.

Described by long-time mentor Lillee as a “once in a generation” bowler, the former ICC Cricketer of the Year also claimed 239 wickets in 153 one-day internationals.

“My career has certainly had its up and downs but I can honestly say I have given it my all and am proud of everything I have achieved,” Johnson added.

– Changing of the guard –

At times his form was curtailed by injuries and his career had stalled until a stunning comeback in the 2013-14 summer, when he was recalled to the Australian side and tormented England with blistering pace to take 37 wickets at 13.97 as the home side completed a 5-0 clean series sweep.

“He was injury-ravaged early, written off, criticised and probably wondered whether he would ever make it,” said former Test opener and Western Australia’s head coach Justin Langer.

“This in mind, it is a testament to his courage, resilience and skill that he retires as one of Australia’s greatest ever fast bowlers.”

Australia’s fast bowling coach Craig McDermott said Johnson all but handed over the baton as spearhead of the attack during the third and fourth days’ play at the WACA.

As he toiled without his usual zip, Mitchell Starc picked up four wickets in New Zealand’s first innings and on the third day sent down a 160.4 kilometre per hour (99.7 miles per hour) thunderbolt believed to be the fastest ever delivery bowled in Test cricket.

“We probably saw the changing of the guard here two days ago, with Mitchell Starc consistently bowling 150 kilometres an hour,” McDermott said.

Johnson also played 30 Twenty20 internationals and was a handy lower order batsman, with a Test top score of 123 not out and 11 half-centuries.

Former Australian batsman and teammate Mike Hussey said he was shocked at the retirement but noted the pressure of performing for the national team.

“There will be some batsman around the world that will be thankful today that Mitchell Johnson is retiring,” he said.

“He did terrorise a lot of players around the world.”