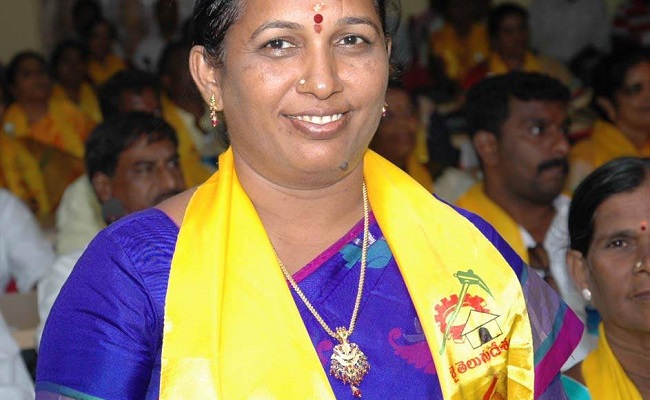 Chittoor: In a horrific incident, Mayor of Chittoor municipal corporation Katari Anuradha was shot dead by 3 unidentified men on Tuesday afternoon. Her husband Katari Mohan was also shot at and he was critically injured. A gang of three people reportedly barged into the Mayor’s chamber and attacked the couple here on Tuesday.

According to reports, the couple were shot at and then stabbed with knives too by the assailants who immediately fled the spot.

Police has launched a manhunt and according to reports killers were believed to have come from Bengaluru.
The mayor couple belongs to the ruling Telugu Desam Party and it is alleged that a group within the party could have been behind the murder.