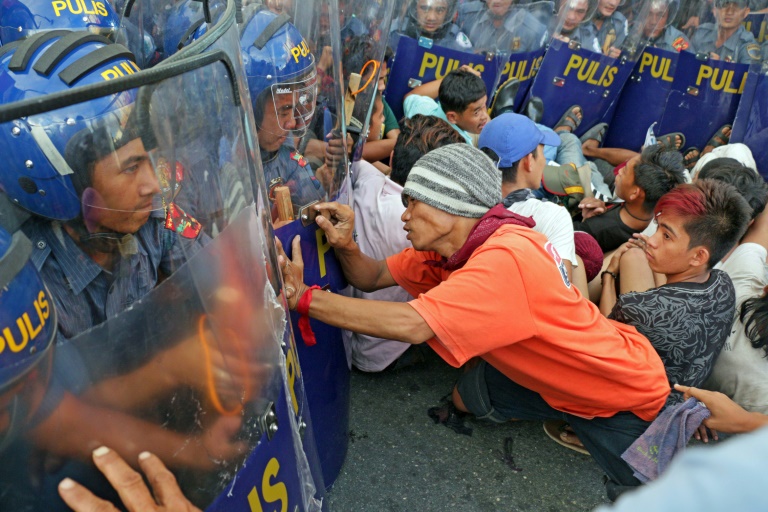 US President Barack Obama and other Asia-Pacific leaders will arrive in the Philippines Tuesday for a summit meant to foster trade unity but with terrorism and territorial rows in focus.

While the 21-member APEC group’s mission is to promote trade, the leaders will undoubtedly discuss the tragic events in the French capital and efforts to counter the Islamic State group, which has claimed responsibility for the carnage.

Obama and Chinese President Xi Jinping will travel to Manila from Turkey, where they attended a summit of the Group of 20 top economies that also focused heavily on IS and bringing peace to Syria, where IS controls a vast swathe of territory.

Philippine authorities, which had already deployed more than 20,000 security forces for the summit, said security had been ratcheted up even higher because of the Paris attacks.

Another sensitive issue this week will be China’s recent efforts to assert control over the South China Sea, which is home to some of the world’s most important shipping lanes.

The other claimants are APEC members Vietnam, the Philippines, Malaysia, Brunei and Taiwan.

The Philippines, one of China’s most vocal critics in the row, had promised to be a “perfect host” to Xi, who is also due to arrive in Manila on Tuesday.

But, while keeping the dispute off the official agenda, Philippine President Benigno Aquino appears to be taking the opportunity of the APEC summit to firm up alliances aimed at countering China.

On Tuesday, Obama will tour the Philippine Navy’s flagship vessel, the US-made Gregorio del Pilar, which is providing APEC security in Manila Bay.

Obama’s aides had previously said Obama would tour the boat to showcase American commitment to providing maritime security in the region.

China’s building of artificial islands in parts of the South China Sea close to the Philippines had already prompted the US military to deploy a missile destroyer and B-52 bomber planes to the area.

The Philippines, which has one of the weakest militaries in Asia, has in recent years sought to draw longtime ally the United States into the dispute as a protector against China.

Aquino and Vietnamese President Truong Tan Sang are also set to oversee the signing on Tuesday of a bilateral strategic partnership that will deepen defence ties.

The Philippines and Vietnam have been brought closer in recent years by their shared concerns over China, with the imminent strategic partnership the most significant development.

Any focus on the South China Sea in the Philippines will irk China, which has insisted the APEC forum should stick solely to trade issues.

It has also repeatedly said the United States has no role to play in the dispute.