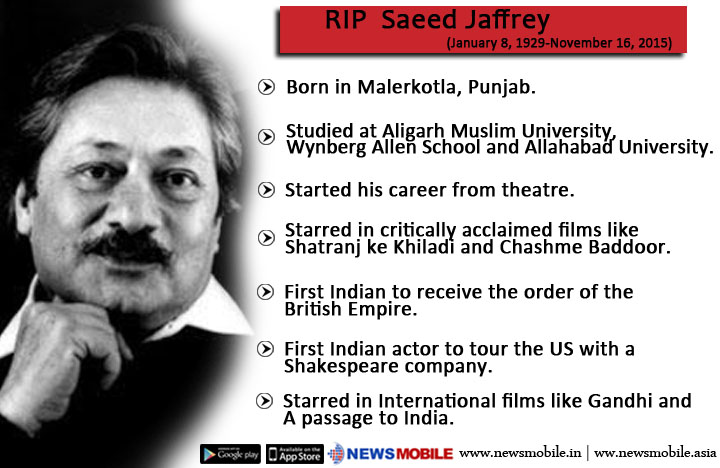 Today, a generation of Jaffreys has passed away.Saeed Jaffrey has joined his brothers and sister and is rejoicing in…

Prime Minister Narendra Modi extended his condolences for the veteran actor on Twitter.

Saeed Jaffrey was a multifaceted actor whose flair & versatility will always be remembered. Deepest condolences on his passing away: PM

Tributes pouring in thick and fast for the actor:

Saddened by the demise of versatile actor #SaeedJaffrey ji. Had a privilege of working with him as a Asst Director. Condolences 2 his family