Home Sports To Hull and back — French forward Ben Arfa comes in from... 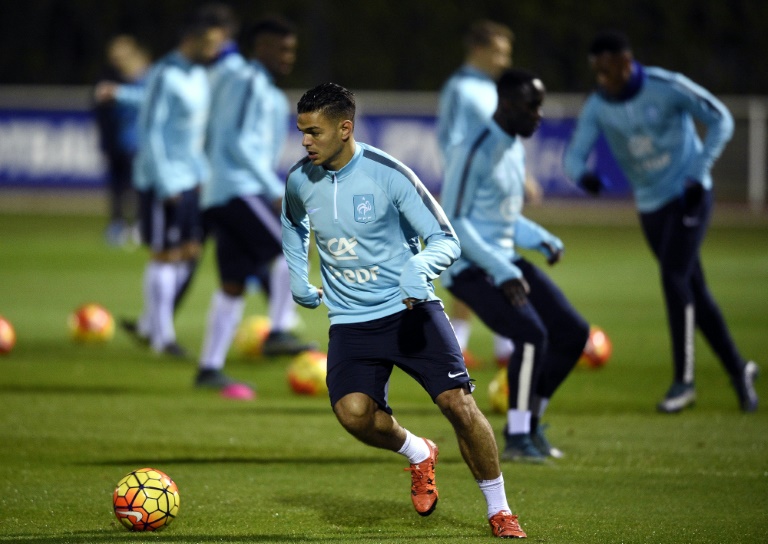 For Hatem Ben Arfa, France’s friendly against England on Tuesday represents an opportunity to show both countries that they were wrong to think they had seen the best of him.

But having made a storming start to the season with Nice, he is back in the France squad after three years away and returns to England with next year’s European Championship on home soil in his sights.

“I know that it’s very far away, and that lots of things could happen between now and then, but it’s a target to play in a Euro in your own country. It’d be a crazy thing.”

A year ago, the crazy thing was the thought of ever seeing Ben Arfa in a France shirt again as the talented but quarrelsome winger crawled towards the end of a brief, disappointing stint at Hull.

Frozen out by Alan Pardew at Newcastle United, where he was made to endure what he called the “hell” of having to train with 16 and 17-year-olds in the club’s reserves, Ben Arfa had joined Hull in the hope of resurrecting his career.

But he was no happier at the KC Stadium and after just five Premier League starts he signed for Nice, only for FIFA to block the move due to transfer rules barring players from playing for more than two clubs in one season.

It left Ben Arfa stranded, unable to play competitive football and forced to swat away rumours that he was contemplating retirement at the age of just 27.

His career was at a crossroads, but he got his head down, hired a personal fitness coach and made sure that, when Nice were finally in a position to complete a move for him in June, he was ready.

Playing either up front or as a number 10, Ben Arfa has been a sensation, scoring seven goals — including staggering solo efforts against Caen and Saint-Etienne — and providing two assists.

In doing so he has inspired a youthful team whose tally of 27 goals in 13 games is bettered by only Paris Saint-Germain in Ligue 1, causing France’s football fans to fall in love all over again with one of French sport’s most notorious ‘enfants terribles’.

Ben Arfa credits his return to form to Nice’s disciplinarian coach Claude Puel, who dismisses the notion that it was simply a case of giving the former Lyon prodigy the freedom to play.

“I actually think people have said that to him too much in the past,” Puel told France Football magazine. “We didn’t roll out the red carpet for him.”

According to Nice captain Mathieu Bodmer: “It works here because people leave him alone.”

Ben Arfa got lost looking for the toilets on his first day back at Clairefontaine, France’s national training centre, which he first got to know as a preternaturally gifted 12-year-old.

Prior to Friday’s 2-0 friendly win over Germany, when he made a late cameo, his previous game for France had come at Euro 2012, when he was substituted in the 59th minute of a 2-0 group-stage loss to Sweden in Kiev.

He was subsequently given a warning by the French Football Federation after an alleged altercation with then-coach Laurent Blanc, which only served to emboss his reputation as a troublemaker.

Three years on, with Karim Benzema and Mathieu Valbuena embroiled in a blackmail scandal, it is other players who are giving France coach Didier Deschamps headaches.

Ben Arfa clashed with Deschamps during their time at Marseille, which yielded a Ligue 1 title triumph in 2010, but it seems that belatedly, he has learnt to do his talking on the pitch.