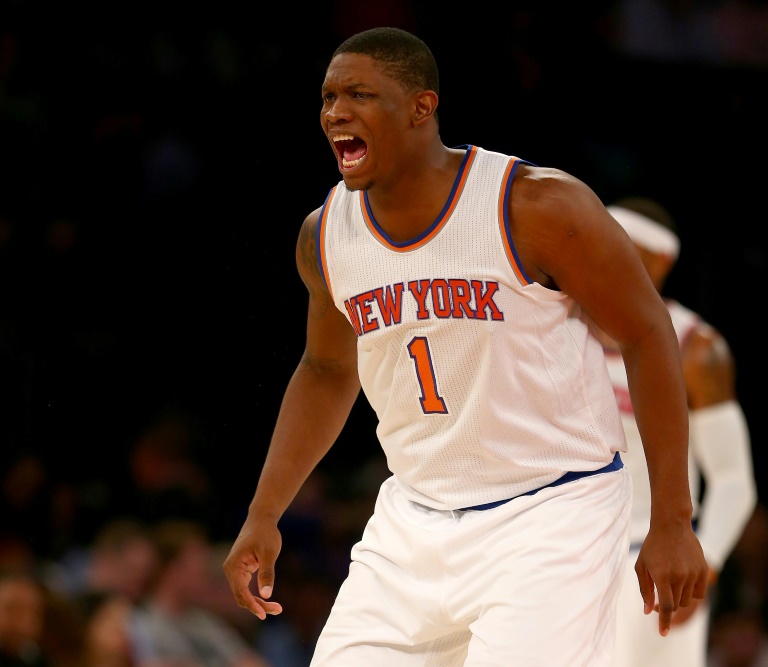 New York forward Kevin Seraphin paid tribute to his French homeland with an inspired performance, helping the Knicks to a 95-87 NBA win over New Orleans just two days after Friday’s attacks in Paris.

The 26-year-old Seraphin scored 12 points on Sunday while sporting a “Paris” haircut with the image of the Eiffel Tower and a peace sign shaved on his scalp.

Seraphin, who was born in Cayenne, French Guiana, made the most of his 13 minutes on the floor in front of a crowd of 19,800 at Madison Square Garden.

“I got it done this (Sunday) morning. I got up early and my barber came over and we just did it. It took about an hour.”

Seraphin was acquired by New York over the summer as a free agent after spending five years with the Washington Wizards.

His parents live in Paris and he owns a home in the southern part of city.

The Knicks were led by forward Carmelo Anthony’s 29 points and 13 rebounds, but it was Seraphin and fellow reserve, point guard Langston Galloway, who had the clutch performances.

Galloway scored 15 points, eight in the decisive fourth quarter that allowed the Knicks to win just their second home game of the season.

“He (Seraphin) gets the game ball,” said Anthony. “He deserved it. He was ready. He was a big part of our run that we made in the second half.

“To see him and what he is dealing with emotionally and mentally, be prepared today when his number was called was big.”

The Pelicans have lost three in a row and nine of 10 to begin the season. They are winless in six road games.

The Knicks began the fourth quarter on a 16-7 run to take an 82-72 lead with 6:35 to play. Galloway scored six points in the surge and Seraphin contributed four.

Seraphin came off the Knicks’ bench in the third quarter and scored six key points to help New York to a 68-65 lead. His hook shot gave New York a 66-60 lead with 2:06 left in the quarter and his jumper with 14 seconds to go provided the three-point cushion going into the fourth quarter.

“He (Seraphin) has been working hard to keep himself in shape even though he hasn’t played a lot of minutes,” said Knicks coach Derek Fisher. “We felt like he was active enough and energetic enough to give us a punch.”