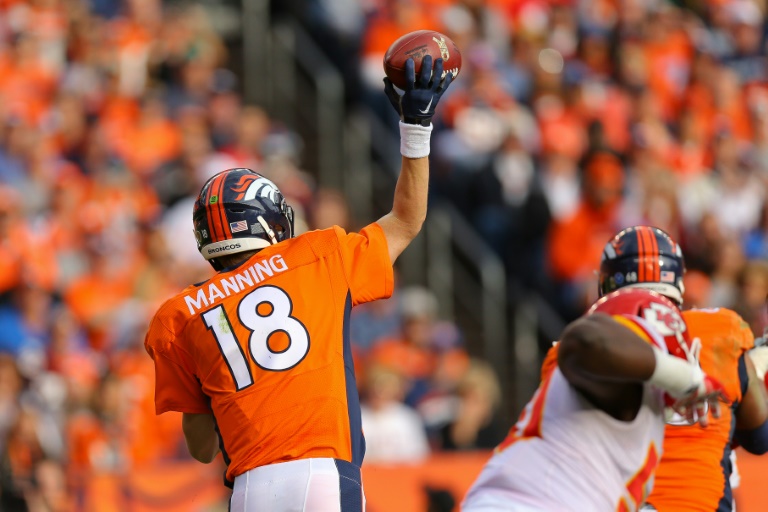 Broncos quarterback Peyton Manning surpassed Brett Favre as the NFL’s all-time passing yardage leader on Sunday with a four-yard toss in the first quarter of Sunday’s game against Kansas City in Denver.

The contest was stopped momentarily to acknowledge Manning’s feat.

Hillman returned the ball to Manning as a keepsake, and it was taken out of the game.

Manning, the NFL’s only five-time Most Valuable Player, is in his 18th season in the league.

He spent his first 14 years in the league with Indianapolis, where he won a Super Bowl as a member of the Colts.

The passing yardage mark was not the only record within Manning’s reach on Sunday.

He is tied with Favre for most career regular-season wins with 186.

Apart from Manning and Favre, Dan Marino is the only other quarterback in NFL history to have topped 60,000 career passing yards.