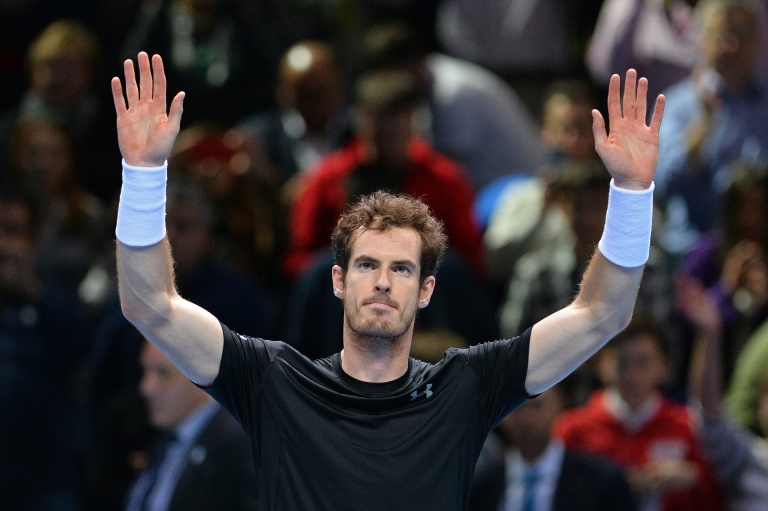 Andy Murray silenced the critics who claimed he was distracted by dreams of Davis Cup glory as the Scot opened his ATP Tour Finals campaign with a gritty 6-4, 6-4 win over David Ferrer on Monday.

Former Wimbledon champion Murray has made it clear his main priority in the closing weeks of the season is Great Britain’s attempt to win the Davis Cup for the first time since 1936 in their first final since 1978.

Britain face Belgium in the final on clay in Ghent next week and Murray had initially suggested he might pull out of the Tour Finals to fine-tune his preparations for the Davis Cup.

After learning of potential sanctions from the ATP if he withdrew, Murray settled for spending most of last week practising his clay-court game across London at Queen’s Club before arriving at the O2 on Friday.

It was hardly ideal preparation and inevitably Murray’s commitment against Ferrer was under close scrutiny from cynics who doubted whether the world number two really wanted to risk injury with the Davis Cup just around the corner.

But Murray assuaged those worries with a typically whole-hearted 90-minute display to see off Ferrer in his opening group match in the prestigious season-ending event.

“If I didn’t play here, I would have gone three weeks or something without playing a match before the Davis Cup Final,” Murray said.

“Obviously it’s a different surface here, but playing matches against the best players in the world is also fantastic preparation.

“I feel good just now. Hopefully I can perform well here and in Belgium. I believe that I’ve given myself the best chance to do that.”

While Murray was unable to win a Grand Slam this year, his impressive consistency over the last 11 months has brought him to the verge of finishing second in the year-end world rankings for the first time.

The 28-year-old will now be guaranteed that milestone if he wins one of his remaining two group matches against Rafael Nadal and Stan Wawrinka, who meet later on Monday.

Murray has never been at his best in the Tour Finals, losing all three of his semi-final appearances.

His last visit to the O2 Arena 12 months ago ended with a humiliating 6-0, 6-1 defeat against Roger Federer that equalled the worst loss of his career.

But he was back in the groove against Ferrer, who had to save three break points early in the first set.

Although world number seven Ferrer, 33, has enjoyed another typically efficient campaign, Murray had won six of their last seven meetings, including in the Paris Masters semi-finals two weeks ago.

The two-time Grand Slam champion looked well on course to maintain his mastery of Ferrer when a volley that dipped just inside the baseline brought up two set points in the 10th game.

A Ferrer double fault gift-wrapped the set for Murray and the Scot should have felt confident of finishing the job having won all 59 of his matches after taking the first set this year.

Murray briefly lost his focus and surrendered a break in the opening game of the second set.

But he broke back for 3-3 at the end of a 22-shot rally in which even the famously obdurate Ferrer was eventually worn down.

That proved the decisive moment as Murray harried Ferrer into more errors in the 10th game, earning two match points and converting the first with an emphatic smash.