Home Sports McIlroy-chasers close in as season heads for finale 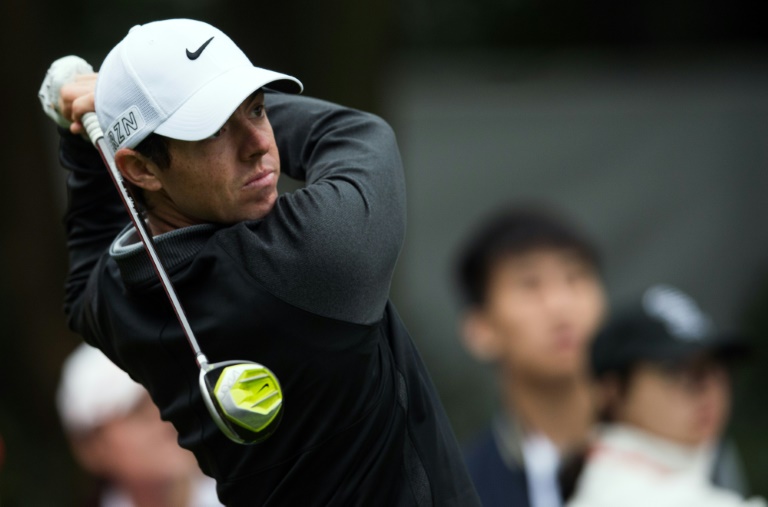 Rory McIlroy still has his nose in front in the Race to Dubai but the 2015 European Tour season is set for a sprint to the line after his challengers closed in at the weekend.

“It’s going to be close, but regardless of what happens I guess I have to beat Rory in Dubai,” said Willett, whose bogey on the par-three 17th at Lake Malaren Sunday left him tied 28th and cost him the chance to tee up on Thursday as the race leader.

Willett’s fellow Englishman Justin Rose moved up to third in the standings after a final day five-under 67 in Shanghai enabled him to finish tied seventh, two strokes behind playoff winner Kristoffer Broberg of Sweden.

“Close but no cigar around this course,” said world number six Rose, who is 650,999 points adrift of McIlroy with 1,333,330 available to the winner in Dubai.

“Tied seventh is obviously a decent week but I don’t know if it makes it easier or harder next week,” added Rose, who won the old European Tour Order of Merit and the Harry Vardon Trophy in 2007, two years before it reincarnated into the Race to Dubai.

“I caught up a bit of ground on Rory and Danny. I think I’m going to have to win in Dubai now to have a chance.”

McIlroy will be hard to beat around Dubai’s Earth course on which he has finished in the top five in all but one of his six appearances, winning the title in 2012.

“Yeah, I’m going for a Dubai double after winning earlier in the season (at the Dubai Desert Classic),” McIlroy told AFP before leaving Shanghai at the end of the WGC-HSBC Champions a week earlier. “I love the golf course and, yeah, I’ve done well there before.”

The world number three, who has topped Europe’s standings since April 12 when he took fourth place in the US Masters, has already arrived in Dubai to prepare, flying in on Saturday.

Willett was clearly disappointed with his week’s work in Shanghai. “Putted pretty poorly for four days. Never really got anything going,” he said.

His two-under par 70 left him on seven-under for the tournament, 10 shots behind the winner. “I’ve got a day-and-a-half off to regroup and chill out, and I know I’m going to have a chance next week,” he said.

Others who can still win the Race to Dubai missed a golden opportunity to go top in McIlroy’s absence.

Ireland’s Shane Lowry and South Africa’s Louis Oosthuizen needed second places, but they never got in the mix, finishing well down at 56th and 37th in the 78-player field.

Branden Grace needed to win to take over at the top but ended up 22nd.

South Korea’s An Byeong-Hun gave himself an outside chance with tied third in the BMW Masters to move to seventh in the standings, 1,254,567 behind McIlroy.

A victory for any of them could secure the Race to Dubai title next Sunday, but they would also need McIlroy and Willett to finish well down the elite 60-player field.

Their biggest problem is that McIlroy rarely does.