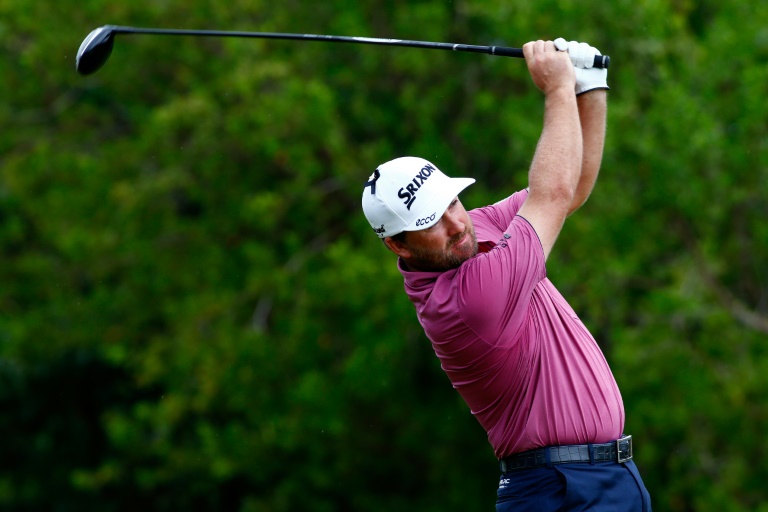 Graeme McDowell and Russell Knox were tied atop the leaderboard on Sunday when torrential rain halted the final round of the US PGA Tour’s OHL Classic at Mayakoba.

Monday’s finish will see former US Open champion McDowell chasing his first top-10 finish in more than a year on the PGA Tour, while Knox will be seeking his second win in as many weeks after an impressive triumph in the WGC HSBC Champions in China.

McDowell opened his round with four straight pars but birdies six of his next nine to keep pace with Knox, who birdied four straight from the third through sixth and picked up shots at the eighth and 11th.

A rain delay of almost three and a half hours meant 27 players failed to finish the fourth round.

They were to return to El Camaleon on Monday morning.

Both Northern Ireland’s McDowell and Scotland’s Knox began the day three shots behind third-round leader Derek Fathauer and both were six-under for the day and 19-under for the tournament.

McDowell rolled in a birdie putt at the 13th before darkness halted play. Knox will return to face a short eagle chip on the same hole on Monday morning.

US veteran Jason Bohn was alone in third place at 17-under through 12.

Bohn, led the same tournament through 54 holes last year but finished with a three-over 74 that left him tied for seventh.

Fathauer was one over for his round after two bogeys and a birdie through 12 holes and in a tie for fourth place with Scott Brown.

The Monday finish will be the second in as many weeks on the PGA Tour after last week’s tournament in Mississippi was also disrupted by storms.

The last time back-to-back events went to Monday because of inclement weather was in 2005.