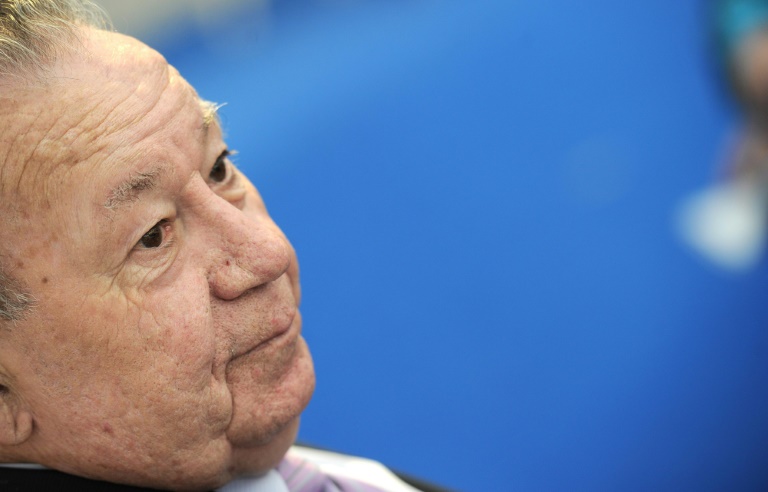 French football great Just Fontaine has said France should not host the European Championships next year after the Paris terrorist attacks.

The 82-year-old, who scored a record 13 goals in six games at the 1958 World Cup, was at the Stade de France on Friday and witnessed the panic after three suicide bombers staged an attack.

“It breaks my heart to say this, because I have been looking forward to the European Championships, but I think France should give up the idea of hosting it,” Fontaine told German daily Die Welt.

“Every other country could host the championships, just not us.

“I greatly fear that there will be a repeat of black Friday.”

Three explosions were heard outside the Stade de France national stadium during the first half of the friendly between France and Germany. Three suicide bombers killed themselves along with one bystander. The attacks across Paris claimed 129 lives in all.

France is due to host the European championships at 10 stadiums across the country between June 10 and July 10, with the final at the Stade de France.

French organisers insist the event should go ahead and that extra safety measures will be taken. But Fontaine said: “I think we can’t guarantee the security needed for such a big event, it is simply too dangerous.

“Do you think that people will ever be able to go to the Stade de France again?”

Fontaine said he was pleased that France will go ahead with a friendly against England at London’s Wembley on Tuesday.

“I can only support the game in England,” said Fontaine.

“The murderers must not be allowed to believe that they could win this war against us.”

Fontaine, who lives in Toulouse, said he had to wait for four hours before police said it was safe to leave the Stade de France and admitted he had “never known such terror”.

“Fear was written on many faces, many people were screaming and crying, it was an absolute nightmare scenario,” he said.

“I was held in an outbuilding of the stadium where all the international guests had been taken before the game.

“There was a large television, so I could keep a track of the terrible things which were happening.

“From minute to minute, more deaths were being reported and before long I could no longer bare to look at the screen.”