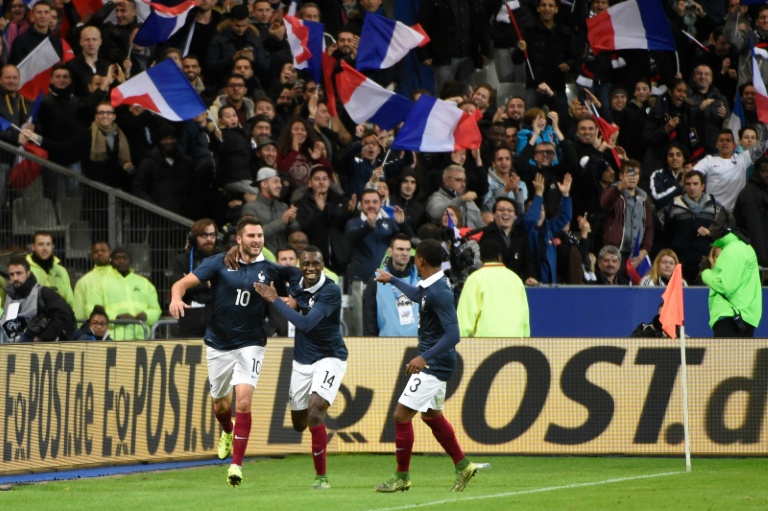 England and France’s 92-year-old football rivalry will witness its most solemn chapter at Wembley on Tuesday when the teams unite in solidarity four days after the Paris terror attacks.

The cousin of France midfielder Lassana Diarra was one of the 129 people killed, while the sister of his team-mate Antoine Griezmann escaped unhurt from the assault on the Bataclan concert hall.

But the French Football Federation (FFF) insisted that Tuesday’s game should go ahead and it is now being seen as an opportunity to put on a united front, with a social media campaign urging England’s fans to join in with the French national anthem, ‘La Marseillaise’, before kick-off.

“The match will be a serious occasion, but one that shows that the football world is united against these atrocities,” said England manager Roy Hodgson.

“I’m sure the England team and our fans will play their part and show solidarity with our French friends on Tuesday evening and provide support for both teams during this difficult time.”

England’s Football Association is expecting a crowd of over 70,000 for the game, including 1,400 travelling supporters.

Fans attending the match can expect a visible security presence outside the stadium and have been urged to arrive early as security checks are expected to take longer than usual.

There were several shows of solidarity in London over the weekend, including a Trafalgar Square vigil, while the Tricolore flag was projected onto famous landmarks including Tower Bridge and the National Gallery.

The giant arch above Wembley was lit up red, white and blue in the immediate aftermath of the attacks and the display will remain in place on Tuesday.

Meanwhile, players from both teams will sport black armbands and there will be a minute’s silence before the game.

In an effort to assist fans who wish to join in with ‘La Marseillaise’, the FA will broadcast the words to the 220-year-old battle hymn on the stadium’s display screens while it is playing.

France’s squad, coaching staff and officials are due to arrive in London on Monday morning, with coach Didier Deschamps set to address the media for the first time since the attacks later in the day.

Some of his players were reportedly reluctant to play so soon after Friday’s harrowing events, but all 23 will make the trip to the English capital.

The match will be particularly difficult for Marseille midfielder Diarra, who recently returned to international action after a five-year absence.

Confirming the death of his cousin, Asta Diakite, Diarra wrote on Twitter: “In this climate of terror, it is important for all of us who are representatives of our country and its diversity to speak out and remain united against a horror that has neither colour nor religion.”

While the explosions outside the Stade de France — which came after the suicide bombers had failed to gain access to the stadium — could clearly be heard by those inside, it was not until after the game that the players were made aware of what had happened there and elsewhere in the city.

Twelve-hundred kilometres (745 miles) away in Benidorm, southeastern Spain, England’s players took in the news via television reports while eating dinner at their hotel following their 2-0 friendly defeat by Spain.

Led by captain Wayne Rooney, they are believed to be planning a tribute for Tuesday’s game.

From a sporting perspective, France are seeking to record a sixth successive win, following their impressive 2-0 defeat of world champions Germany, while England are hoping to return to winning ways after their 15-game unbeaten run was ended by Spain.

Manchester United winger Jesse Lingard, 22, could make his senior England debut after being drafted into the squad following the withdrawals of Michael Carrick and Jamie Vardy.