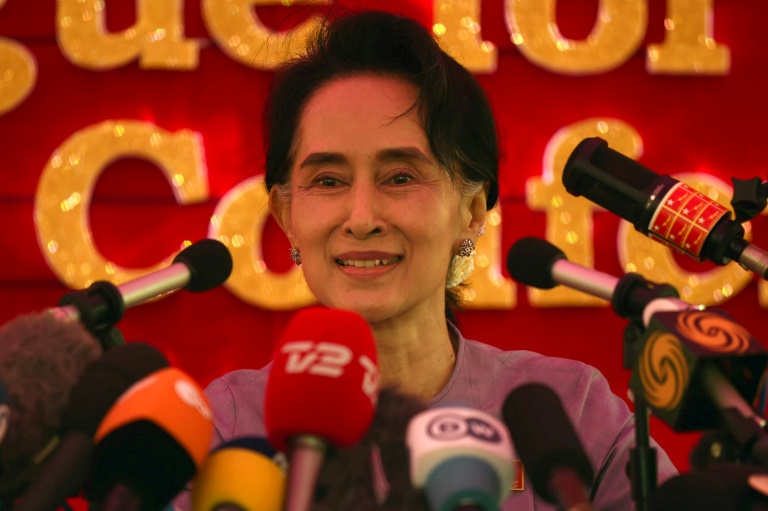 Myanmar’s Aung San Suu Kyi will return to parliament Monday along with dozens of rivals freshly hammered by her pro-democracy party’s landslide election victory as the legislature begins a overseeing the country’s delicate transition.

A formidable win in the November 8 polls for Suu Kyi’s National League for Democracy (NLD) bulldozed the current army-backed ruling party and is set to dramatically reshape the country’s political landscape.

But it will be the lawmakers from the military proxy Union Solidarity and Development Party — still smarting from their election drubbing — who will continue to dominate parliament as the pre-election legislature returns for a final session that will last until at least the end of January.

Myanmar’s complex political system is the brainchild of the former junta, which has incrementally loosened its suffocating grip in recent years with reforms that have opened the long-isolated nation to the world.

The army, which retains a quarter of parliamentary seats and other political and economic privileges, has pledged to support the transition and sought to calm Myanmar’s nervous people, many of whom bitterly recall the NLD’s last landslide win in 1990 polls that was ignored by the junta.

Suu Kyi has criticised the long handover process, calling the constitution that proscribes it “very silly”.

“This is quite incredible; nowhere else in the world is there such a gap between the end of the elections and the forming of the new administration and certainly it is something about which we should all be concerned,” she told reporters ahead of the elections.

Observers predict a fevered period of political horsetrading, centred on who will become the next president, an issue so far shrouded in mystery.

Suu Kyi is banned from becoming president by the junta-era constitution because she married and had children with a foreigner.

The Nobel laureate has nevertheless pledged to rule “above the president” without revealing a candidate or setting out how the arrangement would work.

Suu Kyi has the power to select a president because of her party’s parliamentary majority, with the candidate chosen in a vote of the new NLD-dominated legislature in February.

All three have accepted the invitation but only Shwe Mann, whose eagerness to work with Suu Kyi made him enemies among the military elite, has already set a date for his meeting — Thursday.