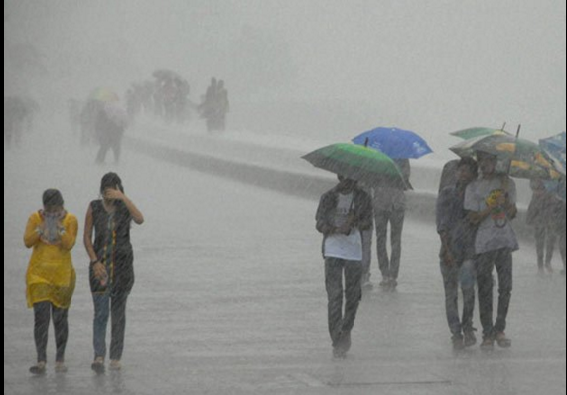 1. Heavy rain continued to pound Chennai due to a depression over the Bay of Bengal and the city has received 27 cm of rainfall since Sunday night resulting in low lying areas getting flooded.

2. Schools and colleges continue to remain shut as no respite is expected anytime soon. According to the MeT department, the city will continue to receive heavy showers till Tuesday.

3. Chennai Corporation rescued about 1900 people on Sunday, taking them to shelters to keep them safe from the rising water levels.

4. Five subways in Chennai were shut down after incessant rain lashed Chennai and other parts of Tamil Nadu on Sunday.

6. Chennai has come to a standstill as water logged roads resulted in traffic snarls and pedestrians were seen wading through waist-deep water.

7. As many roads and residential areas resembled small water bodies, some residents said that they were scared for their children as snakes were coming out due to the rising waters.

8. Eleven teams of NDRF are at work in Tamil Nadu including teams from Guntur, Andhra Pradesh with boats and life saving equipments.