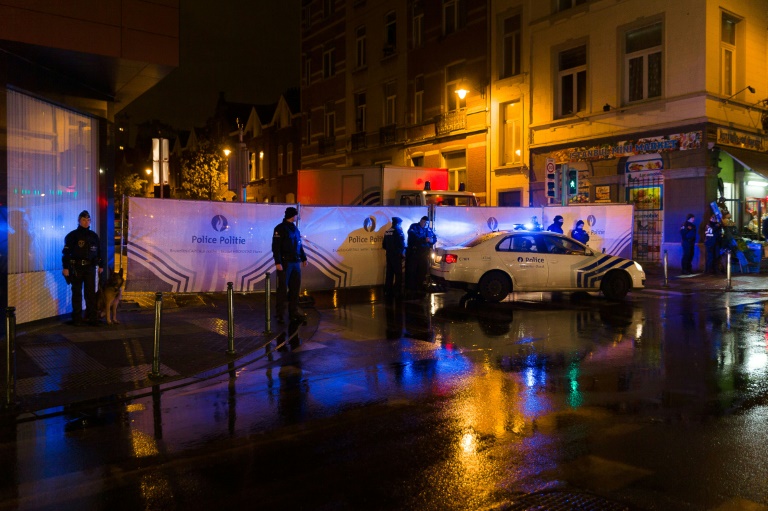 Prosecutors on Sunday disclosed a growing Belgian connection to the Paris attacks as Premier Charles Michel conceded that a Brussels neighbourhood is a “gigantic problem”, given its past links to international terrorism.

Belgian prosecutors cooperating with their French counterparts said two assailants killed in Friday’s attacks were Frenchmen who had lived in Brussels, that two cars tied to the attacks found in Paris were rented in Belgium, and that Belgian police have detained seven people.

At least one of the dead assailants and five of the people arrested in raids on Saturday had spent time in the poor immigrant Brussels neighbourhood of Molenbeek, officials said.

The results of the probe so far highlight how Molenbeek has for two decades lodged Islamist extremists who have fought or supported wars in Algeria, Afghanistan and Bosnia as well as the current ones in Syria and Iraq, analyst Claude Moniquet told AFP.

Belgium as a whole has spawned nearly 500 jihadists for Syria and Iraq from a population of only 11 million, giving it the highest figure per capita in the European Union, security services said.

What is striking is that Belgium and more specifically Molenbeek remain a haven for jihadists despite the toughening of anti-terrorist legislation, as well as the dismantling of recruitment networks and militant cells since the 1990s.

“Europe no longer has borders, and it is therefore logical that (militants) benefit too,” Brussels mayor Yvan Mayeur said Sunday.

“But we must stop being a base for those who make war in Europe,” he said.

Molenbeek, where a large Muslim community lives, including a radical minority, is more than ever in the eye of the storm.

“Among this small minority, there are figures known at the European and international levels,” according to Moniquet, CEO of the Brussels-based European Strategic Intelligence and Security Center.

They lure people using the Internet, he added, comparing the neighbourhood’s influence to that of Finsbury Park in London about 15 years ago.

Part of the reason Molenbeek became such a hotbed is because the local politicians failed for years to face up to the extremism in its midst in order to keep “social peace” and continue getting elected, Moniquet said.

“I have noticed there is almost always a link to Molenbeek, that there is a gigantic problem there,” he said.

“In the last few months, many initiatives have been launched in the fight against radicalisation, but there should be a greater crackdown,” Michel added.

“We are going to work more intensely with the local authorities. The federal government is ready to provide more means,” the premier said.

In 2001, it was in Molenbeek where the assassins of Afghanistan’s Northern Alliance Ahmad Shah Massoud had stayed.

It was also home for a while for Hassan El Haski, who was found guilty of being one of the masterminds of the 2004 Madrid train bombings.

Ayoub El Khazzani, the perpetrator of the foiled attack in August on a Paris-bound train from Amsterdam, stayed in Molenbeek with his sister before boarding the locomotive in Brussels.

Brussels also established links between Molenbeek and the militant cell that police smashed in the eastern Belgian city of Verviers in January.

“They do not all come from here, and most of the time, they are just travelling through,” according to Molenbeek Mayor Francoise Schepmans, a member of Michel’s governing MR party.

“In some districts, the population is very dense, with 80 percent of the people from north African origin. Anonymity is easier for people passing through with very bad intentions,” she said.

“They also land in districts which are breeding grounds for radicalisation,” she said, before taking a dig at her socialist predecessor: “One should have been firmer from the start.”