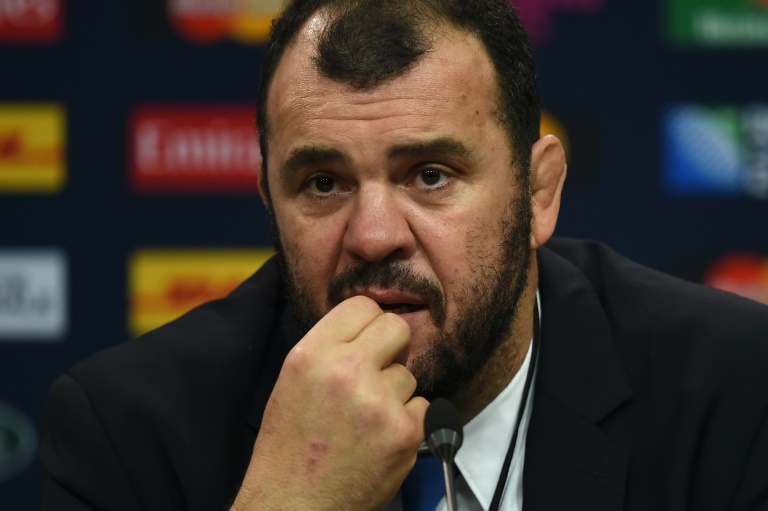 Australia coach Michael Cheika insisted Monday he had no interest in taking over the vacant England position as he joined a growing list of high-profile figures in ruling himself out as a successor to Stuart Lancaster.

Last week saw Lancaster quit as England coach as he paid the price for a poor World Cup which saw England become the first host nation to fail to get out of the group phase.

“No one from there (England’s governing Rugby Football Union) has contacted me and they know they can’t contact me because I am committed to Australia,” Cheika, who led the Wallabies to last month’s World Cup final at Twickenham, told reporters in London.

“That’s where I want to be coaching.”

With RFU chief executive Ian Ritchie making it clear he wanted a coach of “proven international experience” to replace Lancaster, Cheika’s name was mentioned following his success in guiding the Wallabies to the southern hemisphere Rugby Championship title and the World Cup final in barely a year since taking charge.

Ritchie also made it clear that money was no object.

However Cheika — back in England for the temporary role of coaching the Barbarians in the multi-national invitational side’s matches against Gloucester and Argentina later this week — was adamant nothing could tempt him away from the Wallabies.

“I’m an Australian coaching Australia — it’s like the dream,” he said. “There’s nothing that would make me change my mind.”

New Zealand’s Steve Hansen and fellow Kiwis Warren Gatland and Joe Schmidt, in charge of Wales and Ireland respectively, have also said they are not interested in the England job.

Graham Henry, New Zealand’s World Cup-winning coach on home soil four years ago, is another to insist he has no interest in the England role, with compatriot Wayne Smith — who helped the All Blacks to World Cup glory this year — equally emphatic that the Red Rose post is not for them.

Meanwhile Australia’s Eddie Jones, the man behind Japan’s stunning World Cup win over South Africa last month, has insisted he is committed to his new role with the Western Stormers.

The only major overseas coach to declare his interest in the England job is South Africa’s Jake White, who hasn’t been in charge of a Test side since guiding the Springboks to World Cup glory in 2007.

Cheika, whose current contract with the Australia Rugby Union expires in 2017, made it clear he was determined to stay with the Wallabies for as long as possible.

“I never thought I’d be coaching Australia,” said Cheika, who as a player never won a Test cap for the Wallabies. “I’m enjoying that and I want to do the best I can in that role for as long as I can.

“You want to make sure that you give everything when you have the opportunity,” he added.

“When the chance comes to coach Australia, you don’t say no to that. I’ve enjoyed the first year of doing it, it’s been fantastic.”