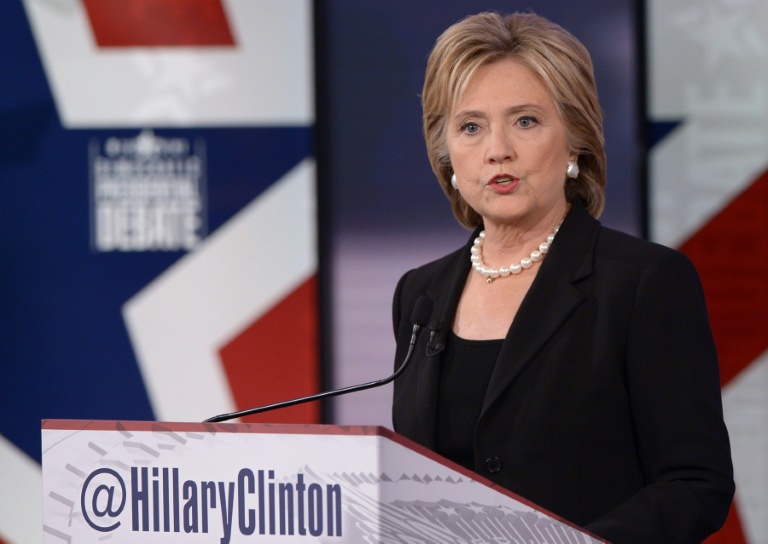 US Democratic presidential frontrunner Hillary Clinton made an impassioned plea for global unity against radical Islam, a day after terror attacks killed at least 129 in Paris.

“We need to have a resolve that will bring the world together to root out the kind of radical jihadist ideology that motivates organizations like ISIS,” she said Saturday in opening remarks at a prime-time televised debate in Des Moines, Iowa.

The Islamic State group (ISIS or IS) claimed responsibility for the Friday attacks.

“It cannot be contained, it must be defeated,” Clinton added of the terror group. But she stressed it was important to not paint all Muslims as the enemy.

The other two candidates, liberal Senator Bernie Sanders and former Maryland governor Martin O’Malley, also said it was critical to defeat the “barbarous” IS group with the help of allies around the Middle East and the world.

“America is at its best when we are standing up to evil in this world,” O’Malley said.

The debate, broadcast on CBS, began with a moment of silence for the victims of the Paris attacks.

It is the second Democratic showdown in the 2016 primary race. Rival Republicans have already held four debates.