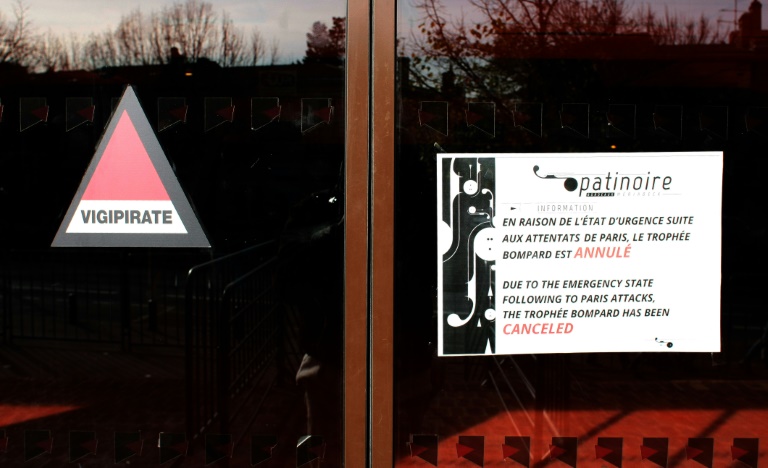 The Trophee Eric Bompard figure skating Grand Prix in the western city of Bordeaux was cancelled on Saturday following the deadly terror attacks in Paris.

“I regret to inform you that due to a day of mourning in France and the state of emergency, the French government has decided to cancel the end of the Trophee Bompard,” French figure skating federation president Didier Gailhaguet said.

International Skating Union (ISU) sport manager Peter Krick said he would put a proposal to the ISU Council that a skater’s ranking for the short programme would be considered as the final points.

Each skater competes in two events with the top six skaters qualifying for the ISU Grand Prix of Figure Skating Final in Barcelona from December 10-13.

Canadian ice dancer Piper Gilles said: “Little update: We are all safe and sounds and very sad about the attack on Paris. Skating seems so small compared to this.”

The fifth event in the six-leg series will be the Cup of Russia in Moscow from November 20-22.