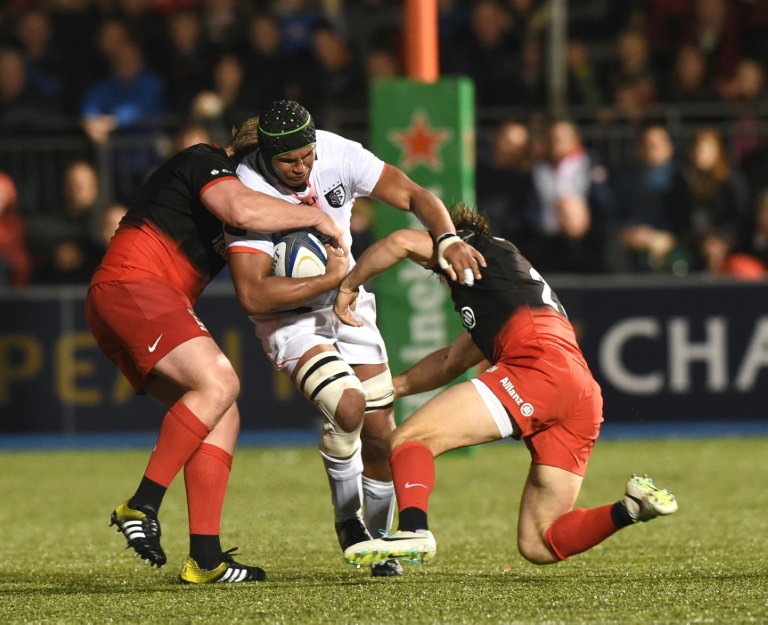 Saracens made a statement of intent as they thumped record four-time champions Toulouse 32-7 in the European Champions Cup on Saturday.

The 2014 runners-up ran in three tries as they put the French Top 14 giants to the sword in a stunning first half performance in north-west London.

A day after the terrifying Paris attacks, the Pool 1 match begun with a rendition of the French national anthem the Marseillaise but there was precious little goodwill offered by the English Premiership leaders thereafter.

Saracens dominated from the off and strangled the life out of their overawed opponents, negating Toulouse’s power at the scrum and overwhelming them with swift attacking through the three-quarter line.

Two early penalties from England fly-half Owen Farrell set the stage for the opening try of the game as Sarries made their superiority pay off when Mako Vunipola was shoved over by his fellow forwards, including brother Billy Vunipola on 14 minutes.

Farrell, who had made the initial break for that score thanks to Mako Vunipola’s delightful inside pass, added the conversion and a penalty before Sarries blew a clear scoring opportunity when they failed to make a three-on-two situation count.

But another penalty came their way and Farrell kicked them 19-0 ahead.

Worse was to follow for the visitors as Samoa prop Census Johnston, who left Sarries for France in 2009, was sent to the sinbin after cynically coming in from the side of a maul.

The hosts turned the screw as Farrell landed his fifth penalty before they stretched the Toulouse backline and sent American wing Chris Wyles over in the left corner.

The half finished with Toulouse battering the home line but Saracens resisted and forced a turnover to make it to half-time leading 27-0.

They also struck first after the break with Wyles getting his second after crucial support play from Farrell, who missed his second successive conversion, pushed the American over the line despite the close attentions of Sebastien Bezy.

Toulouse finally showed the pride their heavyweight status demanded and their forwards succeeded where they had failed at the end of the first period, forcing over French prop Christopher Tolofua — Bezy converted.

Former England international Toby Flood was forced off early for Toulouse with an injury but sitting on the bench he told BT Sport that winning the second half was all that counted now for the French side.

They managed that, albeit only by 7-5 as their massive pack started to overpower that of Saracens, without threatening the scoreboard further.

South Africans BJ Botha and CJ Stander crossed the whitewash as well as Irish hooker Duncan Casey as the Munster pack dominated the Italian minnows after the break having led only 10-7 at half-time.

Treviso scored a try through another South African forward in Braam Steyn.

Northampton host Scarlets in the day’s late game while Ulster’s trip to Oyonnax and Glasgow’s match at Racing 92 were postponed due to the Paris attacks.

“It simply would not have been appropriate in the tragic circumstances to have staged the five French-based European games this weekend,” said European Professional Club Rugby chairman Simon Halliday in a statement.

“We salute Toulouse in the Champions Cup, and both La Rochelle and Agen in the Challenge Cup, who are competing in England today (Saturday).”