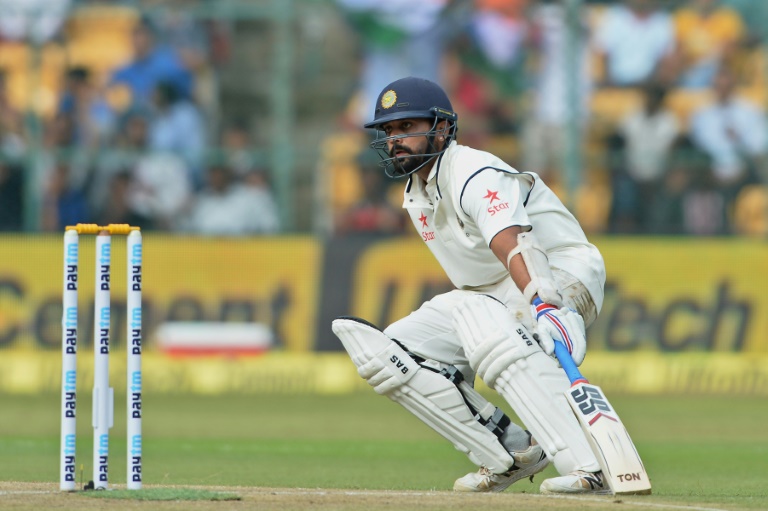 Bad weather washed out the entire second day’s play in the second Test between India and South Africa in Bangalore Sunday, with more rain forecast that could see the match end in a draw.

The scheduled start was initially delayed by an hour as constant rain since the early morning had left the outfield too wet for play at the Chinnaswamy stadium.

A slight let-up in the drizzle raised hopes the match might resume, but the covers were back on a few minutes before the umpires were due to walk out and play was finally called off at 2:00 pm (0830 GMT).

The forecast is for more rain for the remaining three days with a cyclonic depression hovering over the Bay of Bengal.

On the rain-free first day, South Africa were shot out for 214 after being sent in to bat in overcast conditions and India replied with 80 for no loss by stumps.

India lead the four-match series after securing a 108-run win in the first Test in Mohali last week.