Home Cityscape Over 50 houses gutted in fire in Kullu village 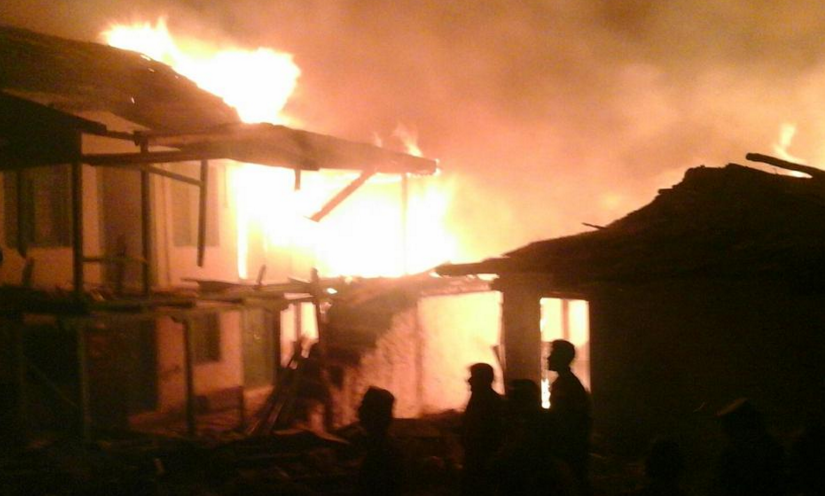 Shimla: More than 50 houses and an ancient temple were gutted in a devastating fire at Kotla village in Banjar subdivision of Kullu district, about 260 from here, on Sunday.

The fire was blazing till last reports reached the state headquarters, officials said, adding that efforts were on to douse the flames.

A temple of deity Bada Chhamahu Devta was completely destroyed while an adjoining temple of Bhauni Devta was still engulfed in flames, the officials said.

The cause of the fire were yet to be ascertained, the officials said, adding that sky-high flames were hampering rescue operations in adjoining houses.

The fire broke out in one house and spread quickly to others as most of the houses in the village were timber structures, they said.

Dola Singh Mahant, a resident of Kotla village, said locals and residents of adjoining villages were helping the affected people to vacate the remaining houses as fire was spreading from one house to the other.

Banjar SDM Ashwani Kumar said relief and rescue teams have been rushed to the spot and no loss of life or livestock has been reported so far.

The quantum of damage were yet to be ascertained but locals said it could run into crores of rupees.

The district administration has directed the relief teams to provide temporary shelter and other necessary items to the affected people, besides giving interim relief.